Raymond Serrano on facing Jaron Ennis: ‘I like when people doubt me’ 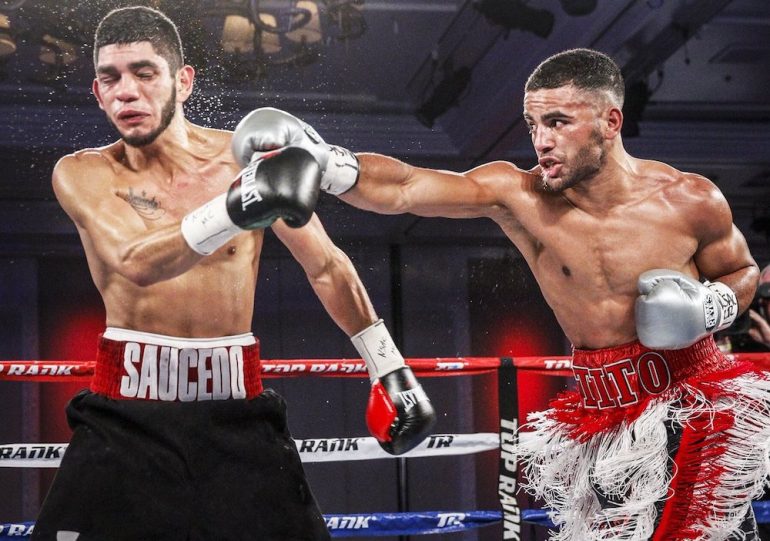 PHILADELPHIA — Raymond Serrano can’t fathom it. That this little kid, this pesky little kid who he used to chase around the gym, is someone he’ll be fighting in the main event of Showtime’s ShoBox: The New Generation on Friday.

Based in Philadelphia, Serrano practically grew up under Derrick “Bozy” Ennis, Jaron’s father, trainer and manager. Early in his career, Serrano worked with Jaron’s older brother, Derek “Pooh” Ennis. Jaron himself played the role of the pest, a kid no higher than Serrano’s waist, whirling around the gym causing chaos while the 5-foot-8 welterweight trained.

“I know what the deal is; I know I’m the guy that’s supposed to lose, and it’s something that I’ve gotten used to my whole career,” Serrano said. “My last fight (in June), I fought Gerome Quigley, who was 18-0 with 16 knockouts (ruled a no-contest when Quigley cut his forehand in the second round). I thought I made him quit. The official said it was an unintentional head-butt. But I knew he quit.

“I love it. I love being against everything. I know Boots’ dad, his brother. Boots was always the baby. I was coming up when Pooh was coming up. Honestly, Boots kind of came out of nowhere to me. I was at the fights in Philly when Bryant Jennings fought Joey (Dawejko) in Philly on ESPN (in April). I was looking over at Boots and there’s something funny … I thought there was an idea that I would be fighting Boots. A lot of people look at me as that go-to guy to fight.”

Serrano (24-5, 10 KOs), had a distinguished amateur career. In 2005, he won the junior Olympics and the nationals, finishing with a bronze in the world championships as a super bantamweight. He dropped to 118 and competed in the open of the Golden Gloves nationals, where he reached the quarterfinals. He turned pro in 2007, winning his first 18 fights before being stopped in five by Karim Mayfield in May 2012. In his next fight, he was stopped by Emmanuel Taylor in six.

He suffered a pair of consecutive losses again when he dropped decisions to Brad Solomon and the talented and still undefeated Alex Saucedo, against whom Serrano lost a close decision after coming back from a second-round knockdown. Serrano’s fifth loss came earlier this year – a unanimous 10-rounder against the undefeated Malik Hawkins.

Serrano, 29, has been working with California-based trainer Shadeed Suluki for this fight.

“This is my second camp with Shadeed, and he’s bringing out a lot of new things with me,” Serrano said. “I did all of my training in California. Listen, a lot of people are sleeping on me. They’ll see. I’m excited about this opportunity. I’ve been fighting a lot of undefeated guys and no one has gotten the chance to see where I am right now.

“I know what people think. I like when people doubt me. I love when everyone is against me.”