Dusty Hernandez-Harrison to face James Winchester on Dec. 1 in D.C. 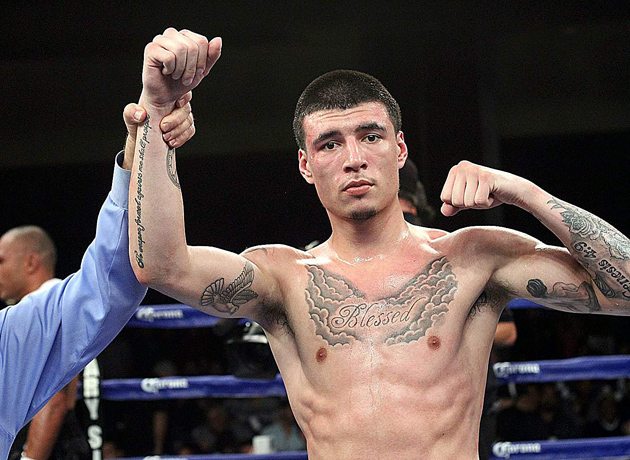 Unbeaten welterweight Dusty Hernandez-Harrison will finally make his return to the ring.

Hernandez-Harrison will fight on December 1 at the Entertainment and Sports Arena in his hometown of Washington, D.C., facing veteran James Winchester in a 10-round bout.

The fight will be a homecoming for the very popular Hernandez-Harrison, who was raised in the southeastern section of the city. He will be fighting for the first time in over two years, having last been in the ring on September 15, 2016, winning a hard-fought unanimous decision over fringe contender Thomas LaManna.

The 24-year-old Hernandez-Harrison was pursued by multiple promoters in 2014 before signing a promotional deal with Roc Nation in December of that year. He accumulated victories over modest opposition in 2015 and early 2016; his most noteworthy bout to date was a 10-round split draw against Mike Dallas in May 2016.

Hernandez-Harrison, who made his pro debut in 2011 at the age of 17, had fights fall through more than once after the LaManna fight. Roc Nation released him from his promotional contract in June.

“The layoff has made me feel hungry and motivated again,” Hernandez-Harrison told The Ring on Monday. “This feeling reminds me of my pro debut. I’m excited to be back, especially in my hometown.”

Winchester (20-13, 8 KOs), who resides in Reidsville, North Carolina, is also coming off a long layoff. He lost by unanimous decision to unbeaten welterweight Jaron Ennis on March 31 of last year.

Despite Winchester’s record, Hernandez-Harrison is not overlooking him.

“My opponent is known to go the distance with top prospects when taking a fight on short notice. (Winchester) has 11 weeks to prepare for this fight, so I am expecting the best version of him and training for the full 10 rounds.”

Also fighting on the undercard will be cruiserweight Sam Crossed (7-0, 5 KOs) from nearby Greenbelt, Maryland. Crossed made an appearance in the Creed II film, which is set to be released on Thanksgiving (November 22), and appeared in a local Super Bowl commercial with former undisputed heavyweight champion Mike Tyson earlier this year.