Sean Monaghan: There’s no point continuing if I lose to Sullivan Barrera 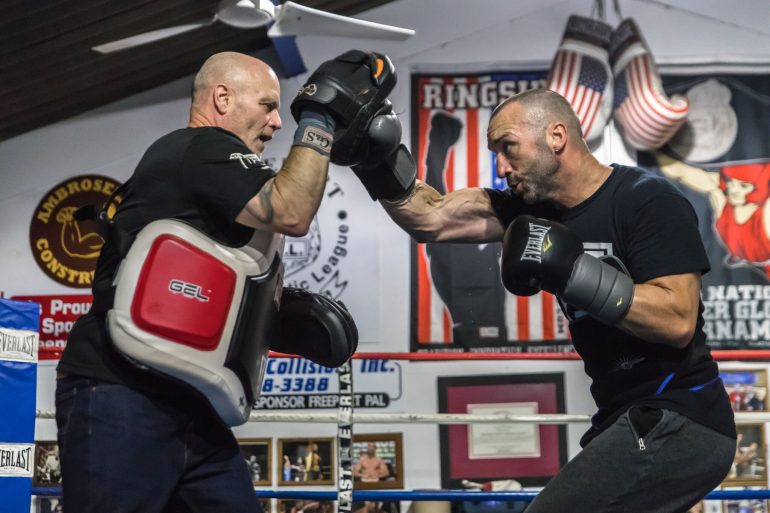 NEW YORK – Sean Monaghan has already envisioned everything leading up to his next fight against Sullivan Barrera in his mind. He has twice fought at the Aviator Sports Complex in Brooklyn, N.Y., so he knows how he’ll make the 30-minute drive from his home in Long Beach, Long Island, and he knows what the locker room where he’ll glove up looks like.

He knows what victory means for him, but he also understands the implications of defeat. At stake is the athlete’s life that he has enjoyed since turning pro in 2010, which has enabled him to spend quality time with his kids when he’s not in the gym. At age 37, rebuilding from another setback isn’t something he has time for.

“If I fall short to a guy like Sullivan Barrera, there’s no point in me even going forward. I don’t want to have to go to some regular fucking job. If I want to keep on living the way I’m living, I have to win this fight.”

The past year-and-a-half has been a trying period in Monaghan’s career, marked by his first pro defeat against Marcus Browne by second round technical knockout, and a year of inactivity as he waited out the remainder of his promotional contract with Lou DiBella.

There were numerous stop-and-starts to training as fights with Eleider Alvarez, Jean Pascal, and Anthony Yarde fell through, usually because of a shift that enabled the other boxer to get a bigger opportunity. It seemed Monaghan, who had long been boosted by his status as one of New York’s biggest undercard ticket draws, may never get his shot.

When he was promoted by Top Rank, a Cold War between TR and Golden Boy Promotions had made the possibility of facing then-champion Bernard Hopkins a non-starter. Monaghan seemed to be the frontrunner to face Adonis Stevenson at one point in 2017, before Andrzej Fonfara got the call instead.

The Browne fight, which would have made him one of the top contenders at 175 had he won, was over before he could get started.

“I drove myself home afterwards and I said ‘God damn, if I could have done it again the next day it wouldn’t have happened like that,’” said Monaghan. His plan had been to start slow and drag Browne into deep waters, where his strength and stamina could be more of a factor against the quicker, sharper-skilled Browne. Instead Browne came out blazing, dropping Monaghan for the first time in his life, and buried him in follow-up punches to force the stoppage.

“I just feel like I’ve got a chip on my shoulder since that night. All of the people who never liked me were like see I told you that kid sucked. I know I’ve got so much more than that,” said Monaghan, who has fought just once since the Browne fight, defeating Evert Bravo on points in a walk-out bout on the Deontay Wilder-Bermane Stiverne II card in November of 2017.

What makes Barrera (21-2, 14 KOs) a better proposition for Monaghan is that he believes the Cuban’s style fits his better. Whereas Browne was his “least favorite guy to be in the ring with” during previous sparring sessions, Barrera is more flat-footed and willing to dig his punches. Barrera’s only two losses have been at the championship level, against Andre Ward in 2016 and in his last fight against Dmitry Bivol in March, but he also doesn’t have time on his side either at age 36.

Sullivan has also shown vulnerability by getting dropped by fighters a rung below the top level against Lee Campbell, Vyacheslav Shabranskyy, Joe Smith Jr. and Felix Valera before coming back to win.

“I’ve never had a problem with styles like his before,” said Monaghan, who promises a big crowd will follow him to Brooklyn on fight night.

“I’m hoping that maybe Barrera and Main Events are underestimating me, saying I got smoked in two rounds and that I’m not that good.”

Joe Higgins, who has trained Monaghan out of the Freeport Police Athletic League for the past 17 years, says this has been like two training camps back-to-back because of fights falling out. He feels the styles will complement one another on fight night.

“Whether it is a brawl, whether we are going to box, whatever you want. We think this is going to be an Arturo Gatti vs. Mickey Ward-type fight,” Higgins said in a media conference call. 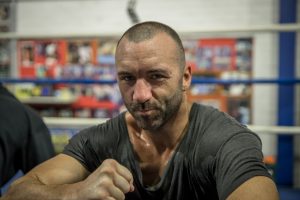 Though he’s now a promotional free agent, fighting on a Main Events card against one of their boxers could finally earn him the title opportunities that have eluded him. Main Events promotes WBA titleholder Bivol, and Monaghan says Main Events has mentioned the possibility of facing the winner of the rematch between new WBO light heavyweight titleholder Alvarez and Sergey Kovalev.

“The floodgates are opening. There will be lots of title fight opportunities,” said Main Events CEO Kathy Duva. “One or both of these guys may get them. Could be the kind of fight where they both do so well, they both get the chance.”

But if he doesn’t clear his second significant leap up in competition, there may be no more tomorrows.

“What’s the point of floating around, being a B-level fighter and fighting for a couple of grand here and there?,” said Monaghan. “I’ve got no interest in that.”