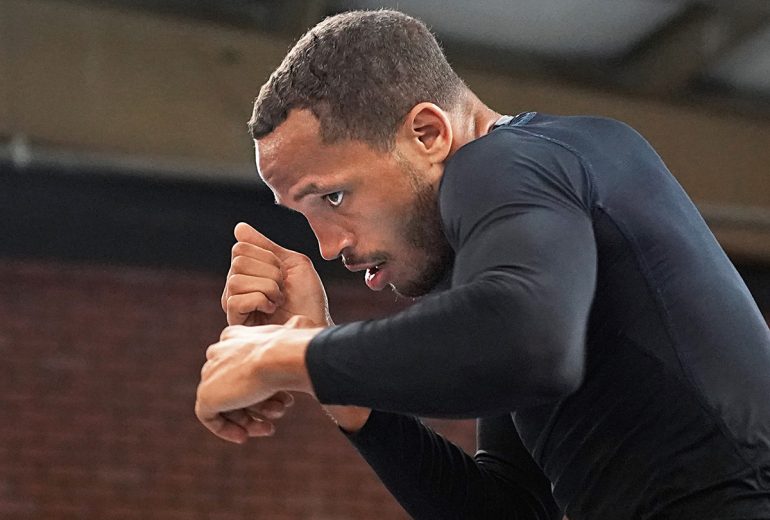 Not every boxer gets a first shot. The few who get a second shot often carry with them a lesson from that first one. For Rob Brant, his lesson is the “1” in his 23-1 (16 knockouts) record.

Brant was the lone American in the World Boxing Super Series’ super middleweight tournament and traveled to Germany to face Juergen Braehmer, a 39-year-old former light heavyweight titleholder. Braehmer was 12 years older than Brant and hadn’t fought since being stopped a year earlier by Nathan Cleverly.

“I didn’t necessarily overlook him, but in a lot of ways I did,” Brant, now 28, admits of the night he suffered his lone defeat via unanimous decision.

“Going out knowing that if you don’t do everything in your power to win, you don’t fight hard every round, you’re not gonna be gifted anything. I thought that my undefeated record was gonna be there no matter what I did.” 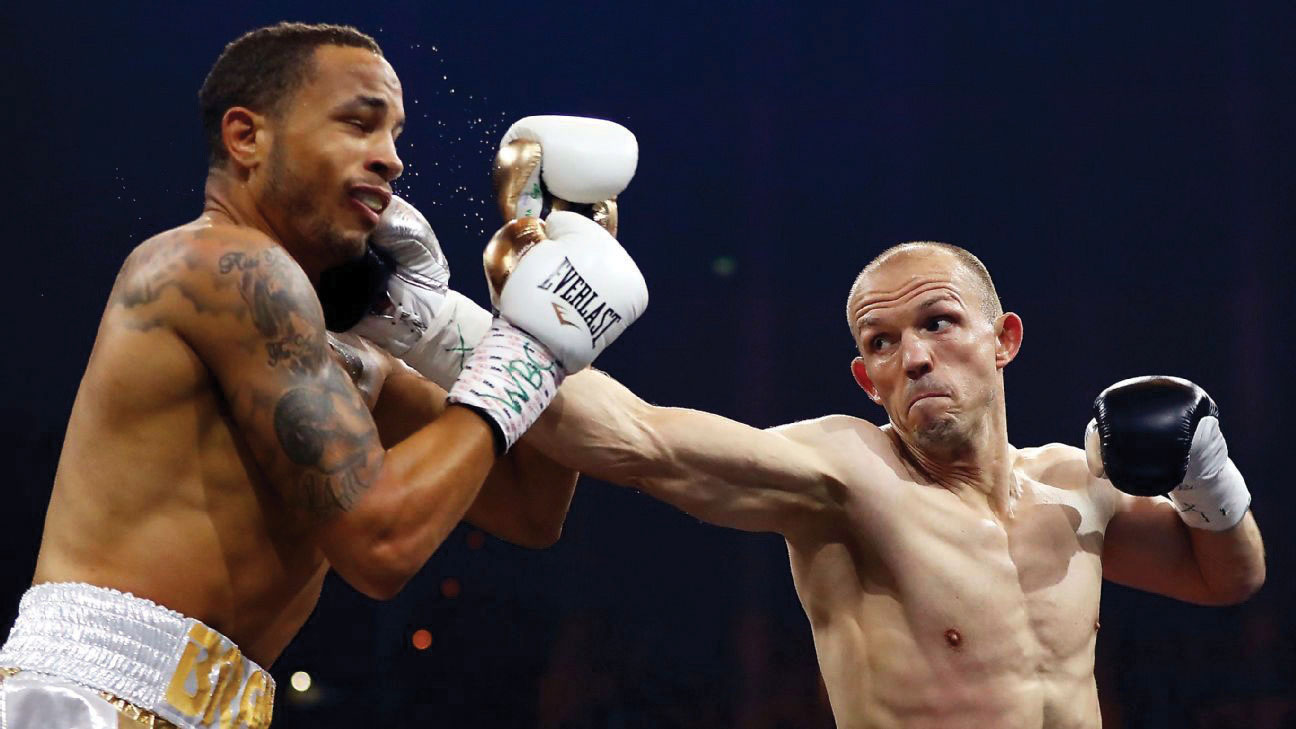 Brant started confidently, landing right hands against the cagey southpaw, but eventually it was the old master who took over with his jab and movement.

Equipped with this experience, Brant now gets his second opportunity against WBA “regular” middleweight titleholder Ryota Murata this Saturday, October 20, at Park Theater in Las Vegas. The fight will be aired live on ESPN+ beginning at 10:30 PM ET.

The St. Paul, Minnesota, native has made some changes in his career since losing his ‘0’. He now lives in Dallas, but trains in Las Vegas with Eddie Mustafa Muhammad. This time, Brant won’t have a crafty southpaw to figure out.

“He’s very basic, very one-two style fighter,” said Brant of Murata (14-1, 11 KOs), a 2012 Olympic gold medalist. “He comes straight forward. I know he’s very good at that, but it’s very repetitive in a rhythm you can pick up on and get a game plan around.

“I think the majority of the people he’s faced are very tailor-made for Ryota Murata. They’re guys a lot of the time who are scared or intimidated by him. I’m not, and I think he’s gonna have a lot of trouble with my style.”

Brant may not have the amateur credentials that Murata has, but he’s got a bit of history with the sport himself.

‘A scene out of the movies’

He was a high school student in Minnesota and always figured he’d follow in the footsteps of his father, a wide receiver at UCLA who once played preseason ball for the Los Angeles Rams. Bob Mitchell, a friend’s father who had been a boxer in his younger days, took note of Brant’s innate ability when he and his friends put on gloves and boxed in the driveway, and offered to bring Brant to a boxing gym.

Inside were other young men hitting the speed bag and punching the mitts; his senses were filled by the sights, sounds and smells of a gym.

“It was like a scene out of the movies,” said Brant.

He then met 85-year-old Emmett Yanez, who brought him into the office and opened a filing cabinet filled with folders full of applications.

“He was saying, ‘You can come back tomorrow and you can be one of them,’ pointing to the guys hitting the speed bags,” Brant remembers. Yanez then made note of another, more numerous group: those who passed through the gym but never stuck with it. “Or you could fill out this paperwork and be one of these guys, the guys that just tried out, gave it a shot.” 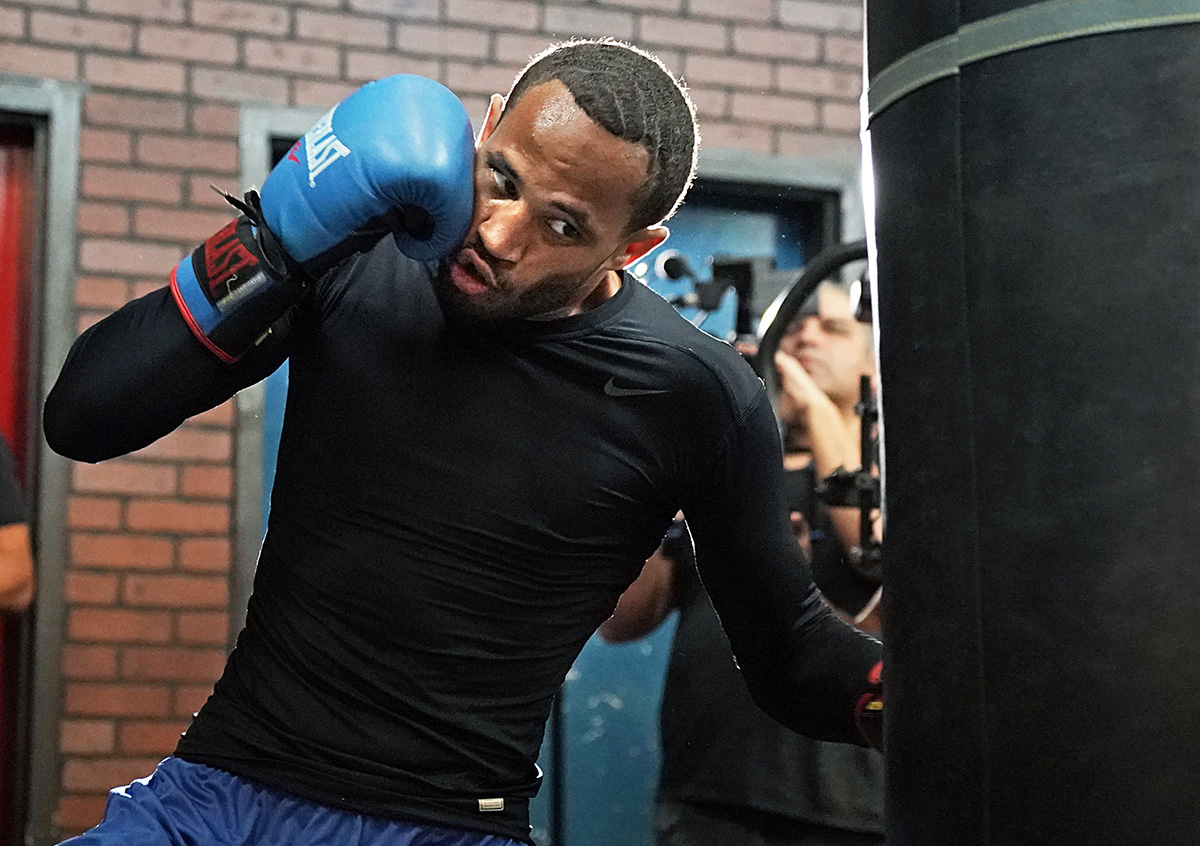 Yanez had gotten through to the young man. Brant quit the school football team after a year and a half of playing running back. Boxing was now his life.

“Boxing by far,” Brant answered when asked which sport was harder to train for. “You’re not training for six seconds at a time. Boxing is 36 minutes, man to man. There’s nobody to lean on.”

What appealed to Brant about boxing was that he got out of the sport what he put into it. When he won his first national tournament a year later — the 2007 novice title at the Ringside Championships — he knew this was what he’d do with his life.

“One of the best feelings in the world to get your hand raised and have a belt put around your waist,” said Brant.

Winning a title belt — even if it isn’t the “full” WBA championship held by Canelo Alvarez — would be a “dream come true,” and to do so in the world’s boxing capital of Las Vegas would make it even sweeter for Brant. A win over Murata, which would be considered an upset, would give him a big bargaining chip in a division full of big names like Gennady Golovkin and Billy Joe Saunders, and where Alvarez just signed a deal worth $365 million with DAZN.