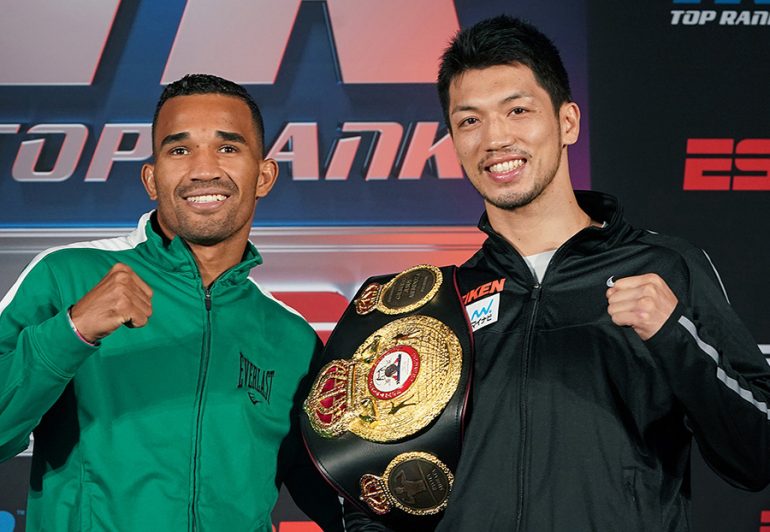 LAS VEGAS — Today at the final press conference, Japanese megastar Ryota Murata saw his American opponent, Rob Brant, inside The Park MGM for the first time. Murata’s demeanor was calm and collected, per usual, as he took questions from the large entourage of Japanese media that followed him overseas; it’s his third Vegas fight, but first main event in Sin City.

After a sparring session inside Teiken Gym two weeks ago, this writer caught up with Murata to gauge his current mood on Brant and his fight this Saturday night. Brant’s team had rattled Teiken with their perceived disrespect in negotiations, and Murata responded accordingly: “I don’t care what he says,” said Murata. “American fighters like to talk. The Japanese style is to be quiet and focus on our training. The results will say enough.”

Murata has brought boxing back to the mainstream for the Japanese public, as his last two fights had over 20 million viewers each. Spotting the attraction, DAZN-Japan signed Murata as their first, and for the time being, only boxer. His fight against Brant will be the first they’ve shown, and expectations are sky-high.

An avid reader on subjects that vary from philosophy to the sweet science, Murata is well-versed on his opponent and doesn’t expect any surprises, as he explained to RingTV: “He’s always looking for his straight right. He jabs and then his straight right. He’s got a long reach, so his jab could present problems. I need to handle this.” Murata believes his superior power will overwhelm Brant, and he knows the American has never been in the ring with someone of his caliber.

His quick, New York junior middleweight sparring partner Patrick Day agrees, but took it a step further in his analysis. Day told RingTV that Murata’s ring IQ will also be a decisive factor against Brant. 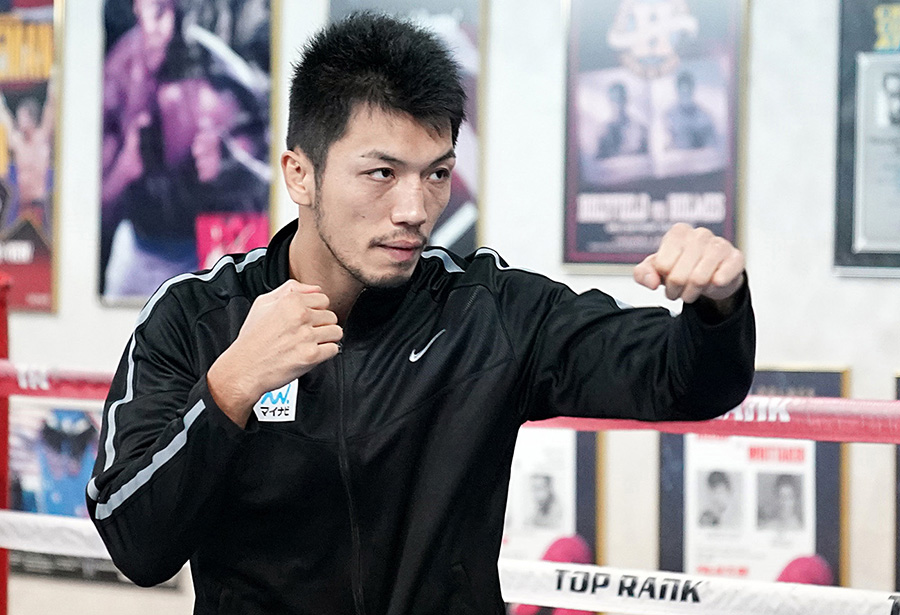 Ryota Murata working out in Las Vegas a few days before his fight against Rob Brant. (Photo by Naoki Fukuda)

Beyond the exclusive DAZN deal, stakes were raised even higher earlier this week when longstanding rumors resurfaced that Gennady Golovkin would travel to Tokyo for a fight with Murata, should Brant fall as expected this Saturday night. In Tokyo, Murata told RingTV that “I’m looking forward to the next stage of my career after this fight.”

While it would have been preferred to fight for the unified middleweight titles Golovkin previously owned, Murata told this writer about the obvious starpower Golovkin has earned in the sport, and that he now transcends titles. Murata welcomed a future fight with Kazakhstan’s favorite son.

At today’s press conference, Top Rank boss Bob Arum, who’s promoting the fight as a part of his deal with ESPN, told members of the media, “I’m sure Tom (Loeffler, Golovkin’s promoter) will engage in conversations with Honda-san (Akihiko Honda, Murata’s promoter) in regards to a huge fight next year.”

Before any agreements can be made, Murata will first have to take care of business against Brant. “I want to show American fans my power and my speed,” said Murata.

The fight will be shown live on ESPN+ in the U.S. and DAZN in Japan.