Sugar Ray Leonard: ‘I had Canelo as the winner’ 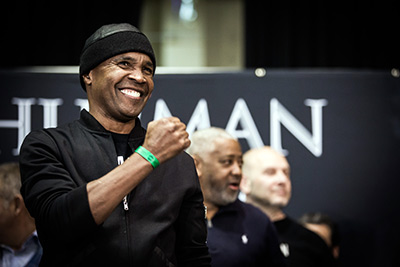 The Canelo Alvarez-Gennady Golovkin rematch made the boxing world stop on Saturday night, and even all-time greats were impressed.

Legendary five-weight world champion Sugar Ray Leonard eagerly anticipated the sequel to last year’s controversial first meeting, which ended in a draw, and the Hall-of-Famer was delighted that fans were treated to a spectacle which was reminiscent of some of his own epic battles.

“Who won? It depends on who you ask, but I had Canelo as the winner,” acknowledged Leonard in an interview with The Ring. “I was also surprised, bigtime, that Canelo stood in front of Golovkin. I actually couldn’t believe it. It was the total opposite approach from what he did the first time.

“In the first fight, neither man fought with the conviction that I expected. But both were impressive this time. It was impressive that Canelo walked his man down, and Golovkin responded extremely well. The fight was so close, and if GGG had got the decision, I would have accepted that.”