Abel Sanchez fires back at Canelo after being called ‘a dumbass’ 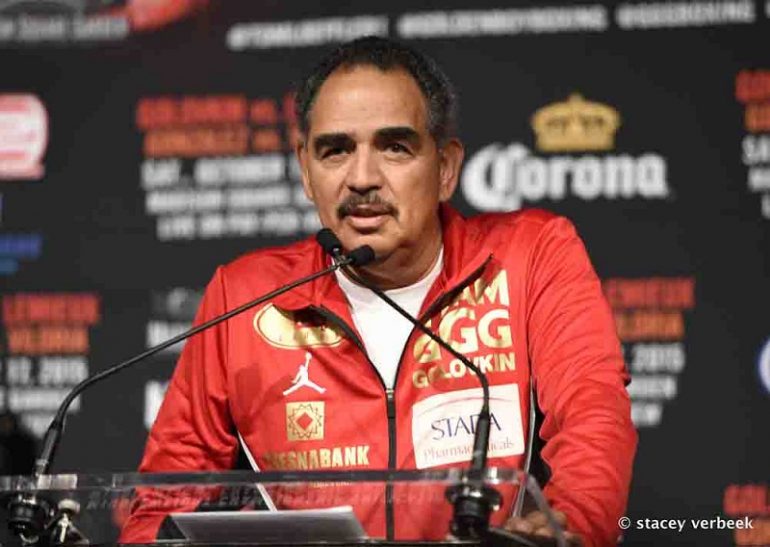 Trainer Abel Sanchez has a superb track record in tutoring and mentoring fighters, for three decades now. But Canelo Alvarez isn’t impressed and made that clear in a statement which was released today, Wednesday, in an HBO “Canelo Blog.”

Alvarez is 28 years old, maybe at the peak of his athletic powers. He’s 49-1-2, and has been talking KO as we creep toward that Sept. 15 sequel date, which will pit him against Gennady Golovkin.

“It’s one thing to be coming forward like a donkey and it’s another thing to be moving, dodging punches, counterpunching, and even staying on the ropes without him hitting you,” continued the Canelo quote. “I hope he goes back to his house and realizes what I’ve been saying about him: that he’s a dumbass [‘pendejo’]. The first have has given me the confidence that I will win this fight. If I work him well throughout the fight, I can knock him out.”

I do believe the “him” in this case is GGG, though one wonders if Canelo might like to have a go at Sanchez, who seems to be looking to get under the skin of the Mexican.

I touched base with the California resident Sanchez, before he headed to the gym in Big Bear, where talent like GGG and Murat Gassiev learn the trade, and refine their condition before big bouts.

“It does not matter what he says, just fight to win, not just to survive and go 12,” Sanchez, who worked with Lupe Aquino, Terry and Orlin Norris, Yori Boy Campas, and more, told me.

“Comments like that from Ginger tells me he is bothered. Mission accomplished!”