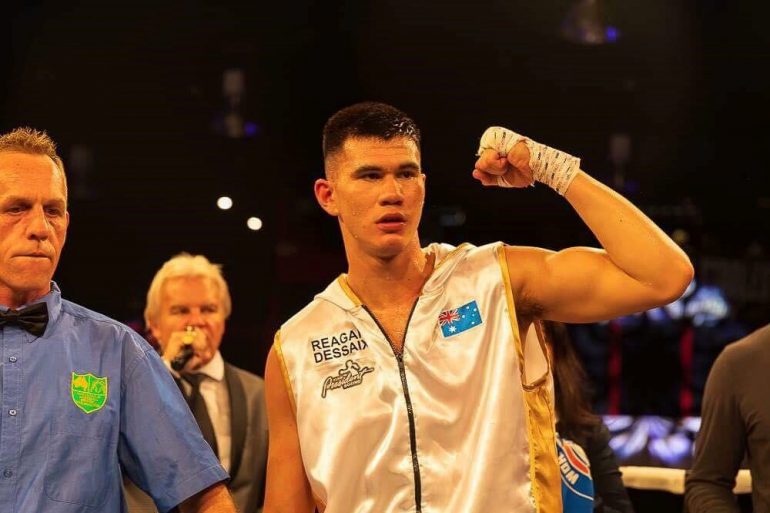 “From the start I knew he was tough, strong and hadn’t been stopped to date,” Dessaix told The Ring. “I caught him with a clean right uppercut in Round 2 which sent him to the canvas and he didn’t recover from it.”

Worst night of pro career: Not surprisingly Dessaix is least pleased with the lone blemish on his record, a first-round stoppage at the hands of New Zealander Mose Auimatagi Jr. in June 2016.

“I got caught early by an overhand right on the back of my head and didn’t recover,” recalled Dessaix. “Was definitely one of the biggest learning curves in my pro boxing career so far.”

Next fight: on Saturday Dessaix will look to stay busy with his third outing of the year against fellow Australian Michael Van Nimwegan at the Seagulls Rugby League Club, Tweads Head, New South Wales, Australia.

Although Dessaix will be favored against the local journeyman, Van Nimwegan (10-5, 4 knockouts) has proven to be durable. The 32-year-old has been stopped twice but only against world ranked Blake Caparello (L TKO 7) and Renold Quinlan (L KO 8).

If Dessaix becomes the third man to stop Van Nimwegan, then it would be a notable victory at this stage of his career. 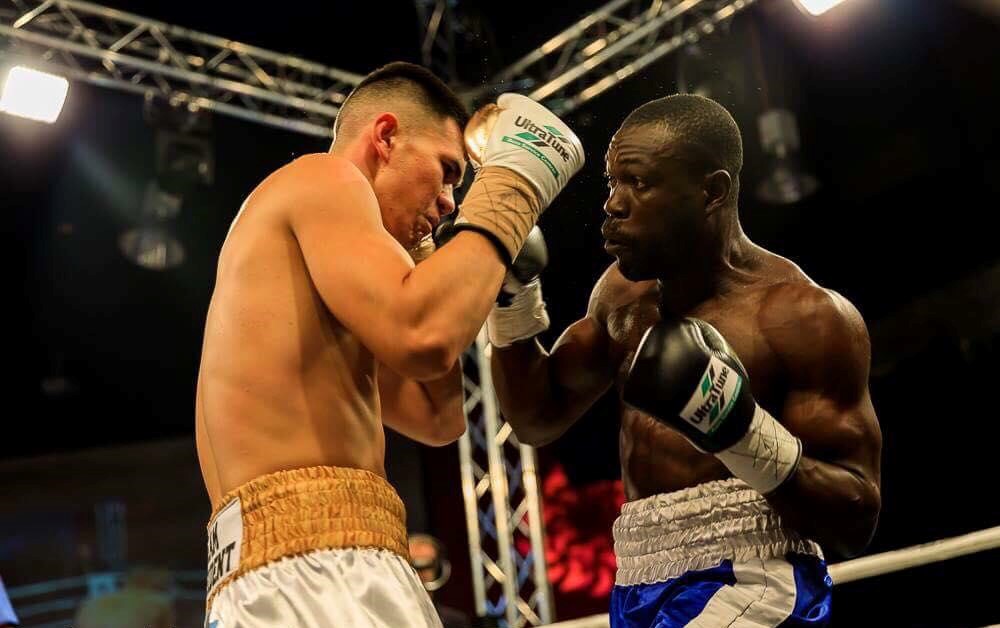 He travelled the world with the national team and fought in Tahiti, New Zealand, England, Wales, Germany and Serbia, while also fighting at the 2014 World Youth Championships in Bulgaria, where he lost to the eventual runner up at 81 kgs, Vadim Kazakov, by split decision.

Dessaix has mixed it up with the likes of Zac Dunn, Damien Hooper, Trent Broadhurst, Faris Chavallier and Les Sherrington in sparring.

“The President” feels he has several key attributes as a fighter, “My fitness, work rate, intensity and jab.”

His father, Clem, co-trains his son alongside Lincoln Hudson and vouches for his work ethic.

“I sometimes think he’s addicted to all forms of training and I sometimes have to put the brakes on him. Once he did his seven-kilometre road run in the middle of a cyclone because he was worried he’d miss out. Since he was 4 years old I have honestly never heard him complain about training.”

Dessaix only signed with Dragon Fire Boxing earlier this year and will be having his third fight under their stewardship. So far, the union has worked well for all parties.

“They have been my two biggest fights to date,” he said of his two wins under the Dragon Fire banner. “I feel very privileged to have such a good and experienced management team with Tony Tolj and Angelo Hyder at Dragon Fire Boxing managing my boxing career.

“They’ve put so much time and effort in the past couple of fights I have been with them. This is only the beginning and I’m looking forward to some exciting times ahead and seeing what the future holds.”

Why he’s a suspect: The most obvious question mark is his one defeat, however, he has won all eight fights since then.

Domestically, Dessaix is right in the mix and, at 22 years old, has time to hone his skills fbefore stepping up again. Clashes with aforementioned countrymen Hooper and Caparello would be big fights in Australia.

His father has a few things he wants to work on but prefers to keep them in house.

“There are a few defensive technical issues which I won’t elaborate on – don’t want to give future opponents any clues,” said Dessaix Sr. “But that being said, we only strive for pure technical perfection.”

“(I need) overall ring craftsmanship on the world level,” he said. “Also, every year, I get older. I feel like I’m maturing more to the pros, settling down more and also working on my strength and conditioning has sure helped massively.”

“I always had a good routine around school,” he said of his early years. “Boxing and socialising; catching up with friends.

“My father was always going to the boxing gym in the early mornings before work and after work. Growing up around such a good stable of fighters, it’s always been a childhood dream to become one myself, and my father has always kept me interested.”

As a child Dessaix looked up to Mike Tyson and enjoys watching Gennady Golovkin.

Dessaix is single and focuses mainly on boxing. His hobbies include going to the beach, travelling to new places and spending time with friends.