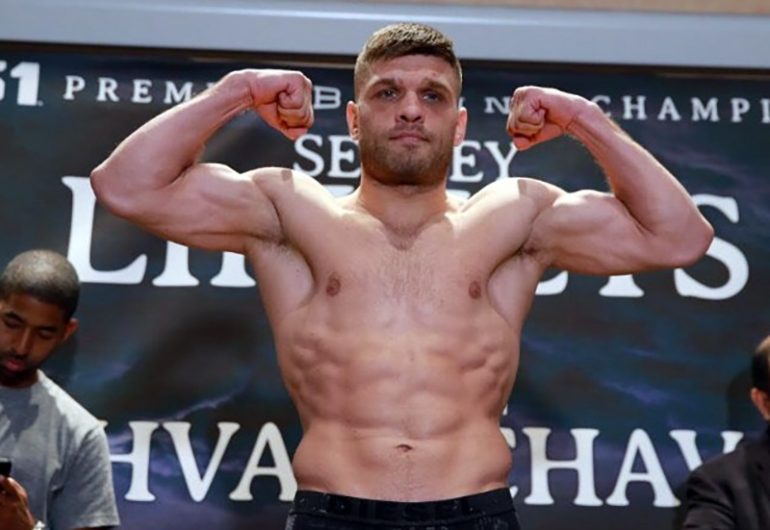 The IBF middleweight title bout between Daniel Jacobs and Sergey Derevyanchenko will likely land on November 10 at Nassau Coliseum in Long Island, New York, a source involved with the fight told The Ring. The 160-pound title bout, set to headline on HBO, was originally being planned for Madison Square Garden, but the world’s most famous arena wasn’t available on several dates.

Jacobs (34-2, 29 knockouts) has scored two wide-points victories since his razor-thin decision defeat to GGG in March 2017. And now, the 31-year-old will once again vie to win his first world title (he once held the WBA’s secondary belt, which The Ring doesn’t recognize.)

Jacobs who hails from Brooklyn and trains on Long Island with Andre Rozier, will enjoy the confines of home for his fourth consecutive fight. Rozier is the same man who usually trains Derevyanchenko, but for this camp, Gary Stark Jr. will be in charge.

Derevyanchenko (12-0, 10 KOs) is a native of Russia but he now lives in Brooklyn. The 32-year-old contender will be fighting in his first high-profile bout, but he has a deep well of amateur experience to rely on. He represented Ukraine at the 2008 Olympics and also competed in the World Series of Boxing, where he racked up a 23-1 record.

But now he’ll step up for a bout against Jacobs, The Ring’s No. 3 middleweight. And the winner should be in line for a shot next year against Canelo or GGG.