Jaime Munguia appears to be on star path but he must keep momentum going vs. Liam Smith 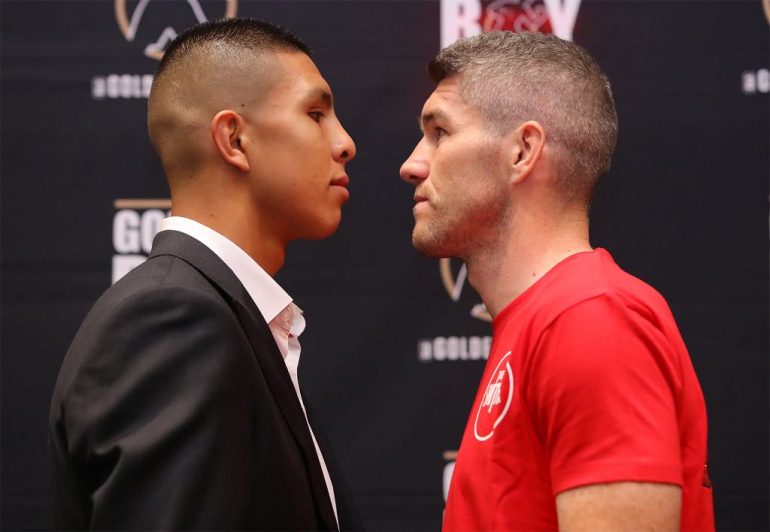 LOS ANGELES — When Jaime Munguia was tossed around as replacement opponent for Gennady Golovkin on May 5, the report was met with criticism and wonderment. Just who is Jaime Munguia?

The 21-year-old was named The Ring’s prospect of the year in 2017, and there was definitely much excitement surrounding his potential. But it was just that — upside.

The junior middleweight had impressed against cannon fodder in his native Mexico, so when Munguia was presented to the Nevada State Athletic Commission for approval as Golovkin’s opponent, Bob Bennett and Co. refused and cited his lack of competition, and the fact he’d done his work at 154 pounds, not 160.

Instead, Vanes Martirosyan received the assignment and was viciously knocked out by GGG in two rounds. One week later, Munguia stepped in as a late replacement for Liam Smith and knocked out Sadam Ali in four rounds to win a junior middleweight title.

It was an eye-opening performance for Munguia, who heads into his 154-pound title defense against Smith on Saturday (10 p.m. ET, HBO) in Las Vegas with all the momentum behind his back. Munguia simply tore through Ali, and the ease and manner in which he dispatched of the titleholder has fans and media members wondering if he could be the next star from Mexico.

“I would like to thank the boxing commission because everything happens for a reason,” Munguia told a small group of reporters through a translator before a media workout days before he made the trip to Las Vegas. ” … I would like to be a great champion, honestly I want to make history.

“I would love to unify my title against (Jermell) Charlo or (Jarrett) Hurd, but I prefer the fight with Hurd. It will be a much better fight because he comes forward and Charlo moves a lot.”

They’re both tantalizing matchups, but before the 6-foot  junior middleweight can consider the prospect of those two fights, he needs to get past Smith, whose lone defeat came via knockout against Canelo Alvarez in September 2016.

Smith is a heavy underdog, but Munguia (29-0, 25 knockouts) is untested, and his lone title fight victory came over a man best-suited for welterweight. Smith is a full-fledged 154-pounder who should give us a better idea of just how good Munguia might be, even if the Tijuana native doesn’t view the matchup through the same lens.

“I think that Liam Smith is much easier because Sadam Ali moves a lot. Smith is right in front of you,” said Munguia, The Ring’s No. 4 junior middleweight. “I believe this is only the beginning. I’m very young; I’m just starting. I believe I can reach my goals and I can go anywhere I want.

“Of course, it’s a little bit of pressure (to keep the momentum going). The people want to see me score a knockout. … I’m going to look for the knockout.”

Munguia appears to be on a star path with his ferocious fighting style, incredible size for the division, youth and tremendous punching power.

If he can wipe out Smith in a similar manner, the buzz will grow louder, and we could have another Mexican attraction on our hands.