Tony Bellew makes prediction on Usyk-Gassiev, could target the winner 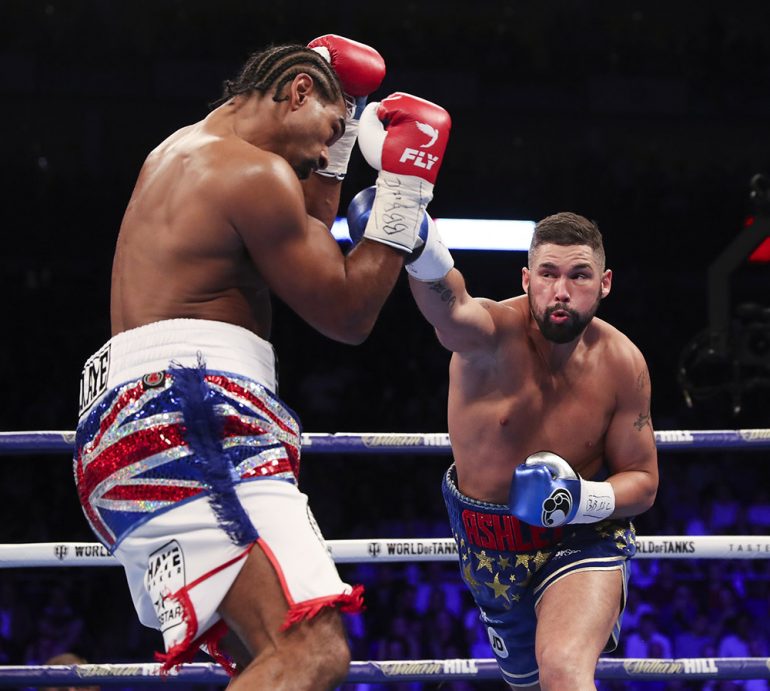 The World Cup soccer final recently concluded at the Luzhniki Stadium in Moscow, but this Saturday, just 15 minutes on foot from that venue, the Russian capital will host the world cup of cruiserweight confrontations at the Olympic Stadium.

In a showdown for the undisputed championship, WBC and WBO titleholder Oleksandr Usyk faces IBF and WBA counterpart Murat Gassiev in the final of the acclaimed World Boxing Super Series. The winner will also be crowned THE RING champion at 200 pounds and they will also receive the coveted Muhammad Ali trophy.

Yes, this one is for all the marbles.

Former WBC cruiserweight titleholder Tony Bellew recently made a foray into heavyweight territory where he secured a brace of stoppage wins over countryman and bitter rival David Haye. Despite having entered boxing’s glamour division, Bellew is ecstatic that all the cruiserweight belts are being consolidated and he has been watching both participants for several years.

“Usyk is impressive,” said Bellew in an interview with The Ring. “His work rate, his tenacity, his combination punching, his accuracy, his speed, his timing. He’s the most complete cruiserweight in the world. If there’s a downside, he gets hit too much. At this weight, we’re small heavyweights. Essentially, we’re heavyweights who are in shape. It only take one (shot), and regardless of how good Usyk is, regardless of what he did in the amateurs, it only takes one.

“I think Usyk is trying to make himself exciting. He’s trying to get that crossover appeal. His mentor, Wladimir Klitshko, couldn’t quite crossover and give people that excitement. Wladimir gets a lot of stick from fans, but he chose not to be exciting because of how vulnerable he was. Usyk isn’t vulnerable, so he’s making himself exciting by giving guys shots on him.”

Usyk’s availability to punches was never more evident than in his WBSS semi-final against Mairis Briedis in January. Both boxer-punchers traded blows like there was no tomorrow and Usyk prevailed via tight 12-round majority decision. 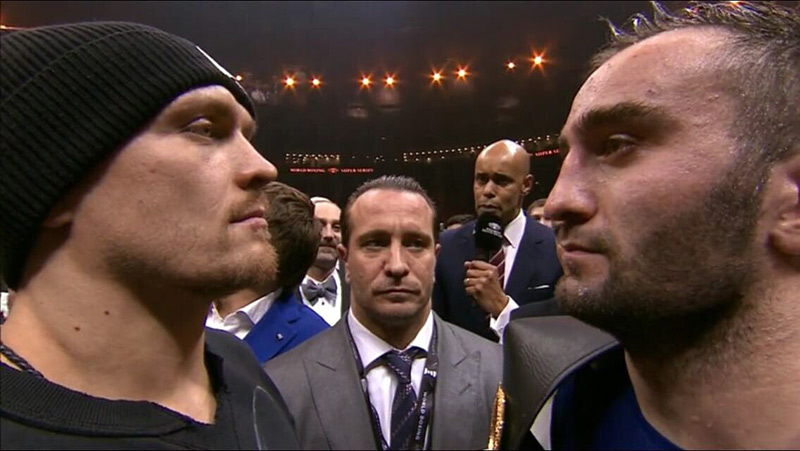 Briedis was a terrific opponent, but Bellew feels that Gassiev is even more dangerous, as evidenced by a stunning 12th-round stoppage over hard-hitting Cuban Yunier Dorticos in the other semi-final which took place in February.

“Without a doubt, Gassiev is the toughest test of Usyk’s career,” said Bellew. “I could actually make a case for both these guys because they’re brilliant fighters.

“Gassiev likes to take his time. I think he can be disrupted if the pace is brought up and down. I think that’s the way to beat him and Usyk is capable of doing that. Gassiev is going to want it one-paced and he’s going to want his man to exchange up-close with him. I seen patches in the Dorticos fight where Gassiev seemed a bit apprehensive when his opponent was letting go with combinations. But Dorticos looks like a much bigger puncher than Usyk so you have to take that into consideration.”

It’s not an easy fight to call, but “The Bomber” predicts that Usyk will claim cruiserweight gold on points.

As for Bellew the fighter, the Liverpool man looked as good – maybe better – than ever in his rematch victory over Haye. Right now, he’s enjoying some much deserved family time, but Bellew’s plans for the future revolve around fighters from different weights and all of them present vastly different challenges.

“I want the Usyk-Gassiev winner but I need to weigh things up,” admitted Bellew. “If fighting the Usyk-Gassiev winner was the same money as fighting any of the other two fighters I have in mind, then it would be a no-brainer. But if I can make three to five times more money for fighting a Tyson Fury or an Andre Ward, then that outweighs winning all those belts at cruiserweight.

“As much as I’m a bit of a boxing historian and I love the thought of being the undisputed cruiserweight champion of the world, you have to look at the financials. It’s a business decision. I was asked why I didn’t enter the WBSS and the reason was simply: I made more money in one fight (David Haye rematch) than the winner of this entire tournament. And that was without going through three fights and getting loads of miles on my clock.

“If I come back to cruiserweight and fight the winner of Usyk-Gassiev, I know that it would be the final fight of my career because I would take so much stick from either one of them. Don’t get me wrong, I’ve got it in me to beat the two of them, but I also know I’m going to take a lot of punishment in there.”

But all of that is for the future. This weekend the cruiserweight drama coalesces in a Moscow prize ring when two unbeaten champions collide.