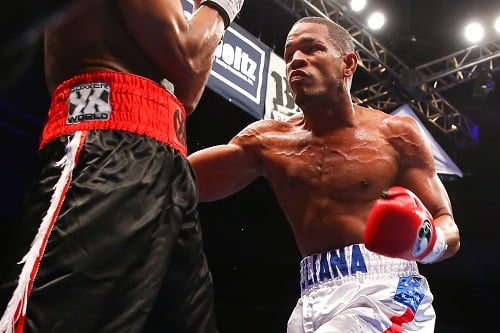 The 10-round bout will take place at the Sands Bethlehem Casino and Event Center in Bethlehem, Pennsylvania. The fight card will be streamed live via Facebook Watch as part of the Golden Boy Fight Night series.

Barrera-Monaghan will headline the second live fight card of the recently announced Facebook series, which is in collaboration with Main Events, Golden Boy and Facebook.

“Technology has changed a lot in this world, but one thing will never change about Main Events: our determination to make the best matches and feature amazing athletes in the ring,” said Kathy Duva, the Chief Executive Officer of Main Events. “I know Sullivan Barrera and Seanie Monaghan will give everything they’ve got for their legacy, and for their fans.”

“We have delivered the best in boxing entertainment for the fans for 40 years. What better way to start our next 40 years in business by expanding access to our fan-friendly fights around the world with online streaming technology.”

On paper, Barrera-Monaghan is an attractive clash of boxer-punchers. Both fighters have struggled in recent fights and a victory on August 18 could put them in world title contention.

Barrera (21-2, 14 knockouts) was stopped in his last bout by WBA light heavyweight titleholder Dmitry Bivol on March 3. Barrera, who is originally from Cuba and now resides in Miami, Florida, held his own, but was stopped in Round 12 by Bivol.

The loss snapped a four-bout winning streak for Barrera, including victories over Vyacheslav Shabrankyy, Joe Smith, and most recently against Felix Valera.

“As always, I’m willing to face the top guys in my division,” said Barrera, who is trained by Derik Santos. “(Monaghan) is another top fighter. I look forward to August 18 and I’ll give the fans a great show. They will see me start to climb my way back up to facing the very best light heavyweights in the world.”

Monaghan (29-1, 17 KOs), who has a significant following on the Long Island area of New York City, last fought on November 4, winning a one-sided eight round decision over Every Bravo. The win over Bravo came almost four months after Monaghan was stopped by Marcus Browne in round two on July 15.

Monaghan was last promoted by Top Rank, which released him from his promotional contract early last year.