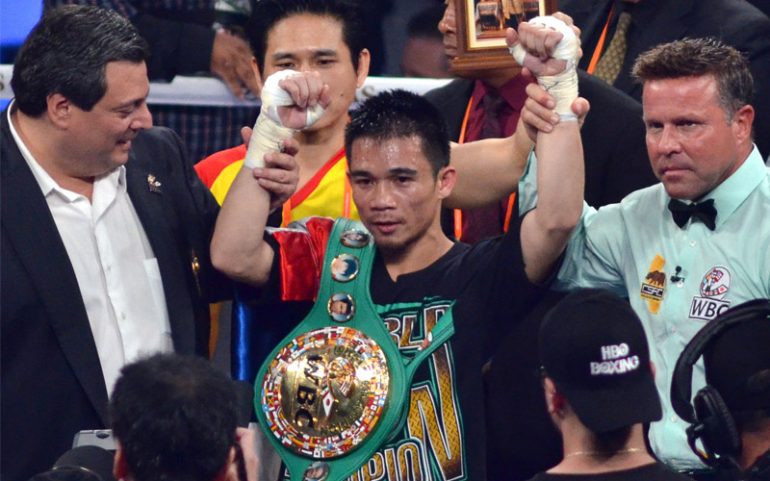 LOS ANGELES — The first two installments of Tom Loeffler’s Superfly series of HBO were rousing successes, but the star of both shows won’t be around for the third outing.

Loeffler told THE RING that Superfly 3 will take place Sept. 8 at The Forum in Inglewood, California. However, Srisaket Sor Rungvisai, the 115-pound RING champion who headlined both shows, won’t be competing on the card.

It was widely expected he would fight Juan Francisco Estrada in a return bout of their thrilling fight from Superfly 2, but instead, Rungvisai is returning to Thailand for a homecoming title defense.

Loeffler says no fighters have been confirmed yet, but that he’s working with HBO Sports boss Peter Nelson to round out the tripleheader.

Estrada, who dropped a close decision to Rungvisai in February, is a natural choice for the show. Who else might be tabbed to compete in the show filled with junior bantamweights remains to be seen, but there’s not a ton of options.

Top Rank and Eddie Hearn are now invested in the division with Jerwin Ancajas and Kal Yafai, respectively, and Loeffler admitted that would make it more difficult to pack the show with quality fighters. Ancajas and Yafai are expected to meet in a unification matchup in the fall on ESPN.

Donnie Nietes, THE RING’s No. 9 pound-for-pound fighter, competed on Superfly 2 as a 112-pounder but he’ll be unavailable this time around. He’s moving up to 115 pounds for a title fight against Aston Palicte on Aug. 18 in the Philippines.

Roman “Chocolatito” Gonzalez, who hasn’t fought since a fourth-round KO loss to Rungvisai in the inaugural Superfly show last September, is being pegged for a comeback fight the following week on the undercard of Canelo-GGG 2.

However, McWilliams Arroyo, who topped Carlos Cuadras in the co-feature in February, figures to be available.

The first two shows delivered plenty of action. Now, Loeffler and HBO will have to find a way to make sure the third installment lives up to expectations without its starring man.