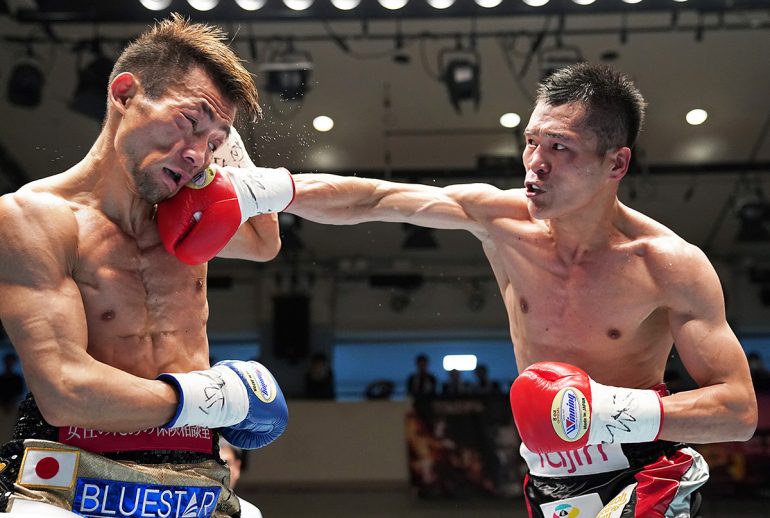 When news that the World Boxing Super Series would be focusing on the bantamweight division for Season Two came to light, Mark John Yap figured it’d be his easiest path to a world title shot.

Circumstances have changed in the 118-pound division over the last few months, with Luis Nery defeating Shinsuke Yamanaka once again in March, but losing the title due to coming in three pounds over the limit.

Nordine Oubaali and Petch Sor Chitpattana, the Nos. 1 and 2 challengers, were scheduled to face off for that title on June 23 in Paris but WBC President Mauricio Sulaiman tells THE RING that the fight was canceled due to television programming issues.

When the vacant title is eventually decided, Yap hopes to be the next in line to challenge for it.

“I want to go (to the WBSS) but my manager, he cannot agree to this opportunity, so that’s why he will focus on my preparation for WBC elimination,” said Yap (29-12, 14 knockouts).

Yap, 29, is from Cagayan de Oro City, Philippines, but is based now out of the Muto Boxing Gym in Osaka, Japan. After an uneven start to his career, Yap has won 10 straight, including three defenses of the OPBF belt, a regional title linked to the WBC, and has risen to the No. 3 position in the organization.

Having defeated Takafumi Nakajima, by unanimous decision, last April, Yap says he’ll face Takuma Inoue (11-0, 3 KOs), the No. 9 contender and younger brother of pound-for-pound elite Naoya Inoue, in an elimination fight on September 11, in Tokyo, to establish the mandatory challenger for the Oubaali-Sor Chitpattana winner.