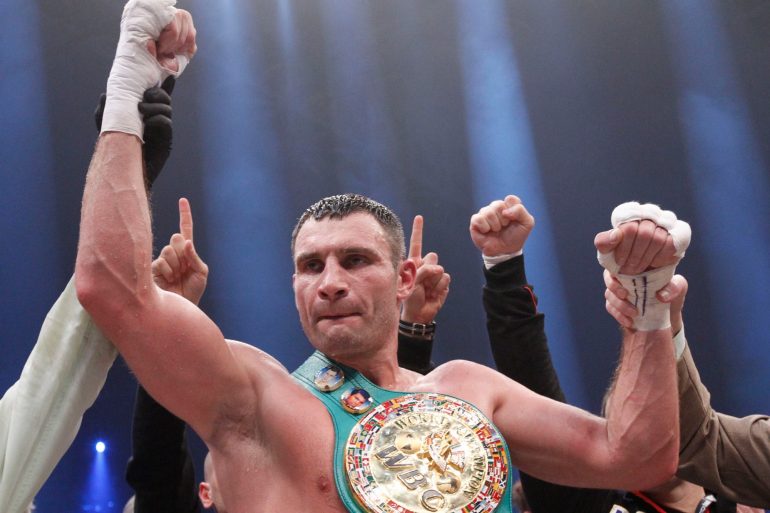 Here is a dispatch from the What Might Have Been Dept.

Makes sense, being that the lowdown came from this weekend’s International Boxing Hall of Fame weekend, which saw Vitali Klitschko (45-2) head up the current class of retired pugilists.

Randy Gordon of Sirius/XM queried the boxer turned politician, who gained mad fans with his losing effort to Lennox Lewis in 2003, Lewis’ last bout as a pro. Some of you will recall that we the media pestered Lewis (41-2-1) all the time in the ensuing years, asking if and when he’d be coming back. Not gonna happen, he always insisted. 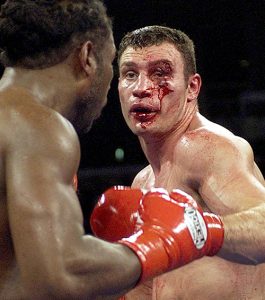 Turns out it came closer to happening, maybe, than most assume…

“Lennox Lewis after the fight promised to give me rematch and I very appreciate I have a chance to fight the great champion, great fighter that’s Lennox Lewis,” Vitali told Gordon. “I show my skills and I beat him but they stopped the fight and I was really upset, Lennox was very happy.

“But after the fight Lennox told me ‘Don’t worry, I promise you I give you rematch and we fight again’ but, we make negotiation and Lennox invite me to his office in London to sign the contract, fight contract for the next fight. I was surprised. Lennox tell me, “Please we talk together just you and me, don’t bring the lawyers, don’t being anybody, we talk together”. I come to his office I was really surprised Lennox was not alone, with his mom. We talk about the next fight, I guess two hours and mom doesn’t say one word. They scanned me with eye, and the mom from Lennox was bigger and wiser…I know mom was always in camp, mom was always by Lennox’s fights. I leave the office, Lennox call me and told, “Vitali, sorry, I no fight you” and I am understand. His mom don’t like me and tell to Lennox, “Lennox, better not to fight Klitschko again. Yeah, I was a little bit upset but anyway thank you for Lennox, he gave me chance to prove my skills against best boxer in my career.”

So, there you go, the recollection from Vitali’s side on why Lewis stepped away, and stayed away. Who woulda known, a mama curtailed the drama…