Can Jeff Horn beat the odds against Terence Crawford on Saturday? 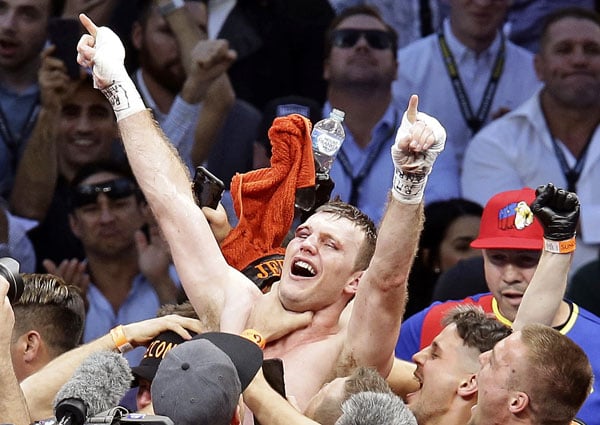 Horn, who is ranked No. 5 by THE RING at 147 pounds, arrived in America on May 30. The unbeaten Australian is looking forward to the opportunity to prove himself against one of the best fighters in the world in the boxing capital.

“I am excited,” Horn (18-0-1, 12 knockouts) told THE RING. “I always pictured myself fighting in Vegas eventually. It just shows some dreams can come true. The next part of that dream is winning.”

The 30-year-old former schoolteacher is acutely aware of Crawford’s abilities but remains unfazed and confident of pulling off the upset against the 1/9 (-800) odds-on favorite.

“Crawford is a very slick and skillful boxer,” he said. “He has many skills which allow him to adapt and switch styles to work against his opponent. I feel I have the style that will upset anyone in a fight, no matter what they plan for.

“It is critical to my career to hold onto my belt. To win this fight against America’s best on their soil will be a massive leap forward for my career and legacy I would like to leave in the sport.”

The personable Australian is itching to fight and was disappointed when the initial April 14 date fell through, due to an injury to Crawford’s (32-0, 23 KOs) right hand. However he’s now focusing at the positives.

“It was annoying but I feel like, at the end of the day, I am in better shape than I was going into the April 14 date.” said Horn, who was also recently involved in a minor car accident.

His trainer Glenn Rushton had, as usual, set up training camp in their hometown of Brisbane. He’s pleased with how preparations have gone, factoring in the postponement.

“All training camps are tailored to the opponents,” said the venerable trainer. “We have effectively had two training camps, with the fight being postponed from April 14.”

Last July, Manny Pacquiao traveled to Australia for what was supposed to be a routine title defense, only to yield his title to Horn. It was “The Hornet’s” coming-out party; however despite a better-than-expected performance, many believed Pacquiao had done enough to retain his title.

Those same naysayers are once again talking down Horn’s chances. He is using that to further fuel his motivation.

“I believe I won the fight against Pacquiao fair and square,” he said. “The judges thought the same way, as they did in the recount.

“We will see on June 9 regarding Crawford. I will hopefully be changing a lot of views of me after this fight. I am going there to win.”

Rushton says Team Horn feel slighted with how they’ve been perceived and given little chance of victory. He believes his charge will shock the world.

“Yes we do (feel disrespected), as Jeff is the champion for this fight,” said Rushton. “It has just given us added motivation to deliver the performance of a lifetime.”