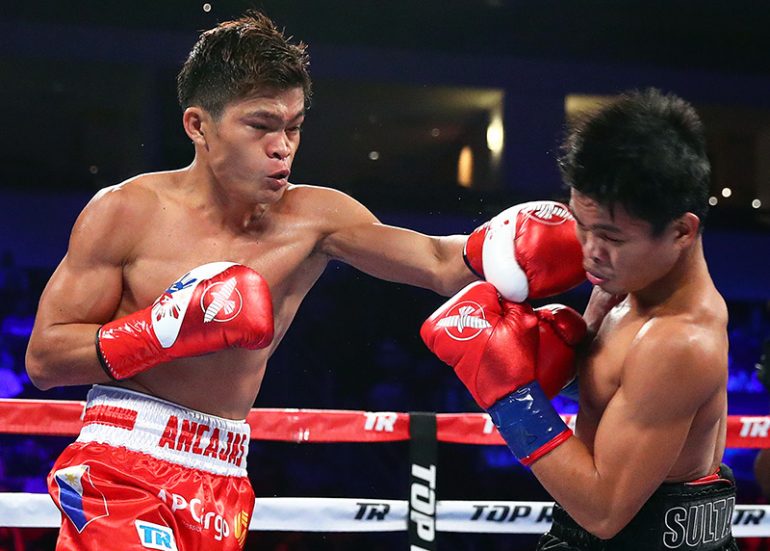 FRESNO, California – In a fight with historical ramifications, the Jerwin Ancajas-Jonas Sultan did not live up to the competitive expectations.

However, Ancajas (30-1-1, 20 KOs) did display his pedigree and craft over 12 rounds Saturday night, solidifying his place as one of the top fighters in the stacked 115-pound division with a unanimous decision victory over Sultan.

The Ancajas-Sultan fight marked the first time in 93 years a world title fight featured both fighters from the Philippines. Ancajas was making the fifth defense of the IBF title. Sultan (14-4, 9 KOs) was the IBF mandatory challenger.

The southpaw Ancajas neutralized Sultan’s offense early on in the fight, utilizing his jab and ring generalship to keep Sultan at arm’s length. The lulls in the action prompted a cascade of boos from the announced crowd of 5,102 inside the Save Mart Center that hoped to see more aggression and punches thrown.

Sultan began to show some aggression in the middle rounds, throwing and connecting with lead overhand rights that connected to Ancajas’ head. 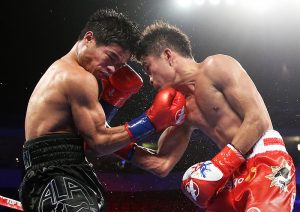 As the bout progressed into the later rounds, Sultan closed the distance, landing with more regularity. Ancajas was content to remain on the outside, countering with two or three-punch combinations to the head.

Both fighters finally let their hands go in Round 12, something that many fight fans in attendance wanted several rounds earlier.

“I am happy to defend my title, not only for my team, but for the Filipino people as well,” said Ancajas, who is co-promoted by Top Rank and Manny Pacquiao. “It was the best performance of my career. It is with great pride that I fought in such a historic fight. I used my amateur experience and I was able to adjust as the fight went on.”

With Khalid Yafai stopping David Carmona earlier on the ESPN+ telecast, there could be plans in motion to have Yafai and Ancajas fight later this year in a unification bout. Yafai successfully defended his WBA title with the win over Carmona.

After knocking out Israel Gonzalez in his previous fight in Corpus Christi, Texas on February 3 and Saturday night in Fresno, Ancajas could next fight in or around his hometown of Cavite City or fight again in the United States.

“I look forward to me next fight,” said Ancajas.