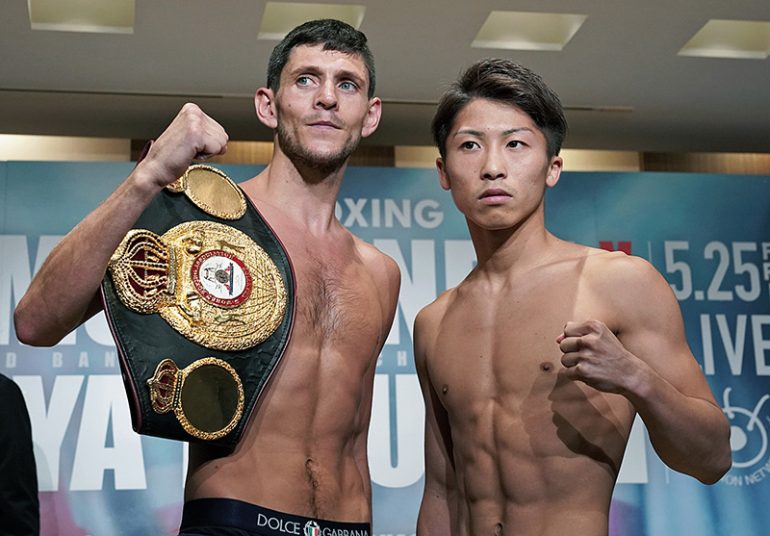 Photo by Naoki Fukuda
25
May
by Doug Fischer

THE MONSTER VS. MCDONNELL

So, I’m very excited for the Naoya Inoue-Jamie McDonnell fight on Friday, and have been for a while. Despite looking forward to it, I somehow managed to overlook the fact until today that McDonnell is 5-foot-10.

So, two questions: How much of a factor do you think the height difference will play? And how the hell does someone who’s 5-foot-10 get down to 118 lbs. safely?

Best to you and the family. – Graham, Bangkok 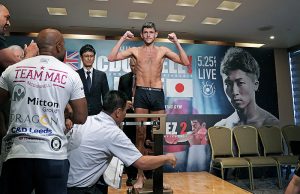 How does someone who’s 5-foot-10 get down to 118 pounds safely? Very carefully, Graham. Very carefully, gradually and over a long period of time. It’s very possible that McDonnell, who was an hour late for yesterday’s weigh-in, was in the process of making the bantamweight division limit right up until it was time to step on the scale.

and I thought looked a little sucked in around his jaw and mid-section – but “drying out” right up until the weigh-in is nothing out of the ordinary in the era of previous-day weigh-ins. Shane Mosley often did that during his IBF lightweight title reign. He was a huge lightweight but he really only weighed 135 pounds for a couple of hours around the official weigh-in time. Mosley trained weighing a fit-and-trim 147-150 pounds for most of the year, but he set about boiling down to 135 pounds during the last three weeks of his training camps. After weighing in, he would rehydrate to between 147-155 pounds by fight time. 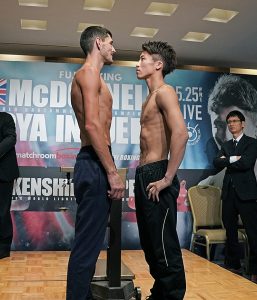 time he steps into the ring against Inoue, and even more so to see if the game and gritty Englishman can use his weight advantage effectively against The Monster. Or, maybe another way to look at it is how will Inoue deal with a significantly larger foe.

How much of a factor do you think the height difference will play? Good question. Yoan Boyeaux (who had not been stopped in 45 pro bouts) had a slight height advantage against Inoue (5-foot-7½ or 5-foot-8 to 5-foot-5) but the Japanese star had no trouble breaking him down within three rounds.

However, Boyeaux is not world class. McDonnell, who battled tested against formidable opposition, is. And Doncaster man is five inches taller. I think 32-year-old vet gives the 25-year-old phenom a fight, and definitely lasts more than three rounds. I 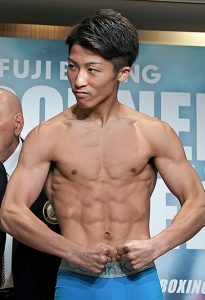 envision Inoue walking McDonnell down behind a strong jab, counter-punching when he gets a clear shot and attacking the taller man’s elongated body en route to a late stoppage (after eight rounds) or to a decision victory.

Inoue is the shorter boxer and he’s new to bantamweight, but he’s a better athlete, the more natural talent and the more powerful of the two. He looked great at yesterday’s weigh-in and I expect him to feel very strong due to not having to sweat down to 115 pounds (which he’s struggled to do in recent years). Still, McDonnell, who possess excellent stamina, won’t go easily. I expect him to be stubborn and pesky/crafty for as long as he can.

Thank God Jack Johnson has finally been pardoned after all these years. He’s one of my favourite boxers. Have you seen Unforgivable Blackness? Excellent documentary about him. I loved his other worldly boxing skills. But I mostly liked how he chose to live his life, thumbing his nose at the red neck society of yesteryear. – Jeff, Australia

More than 70 years after his death, Johnson remains the boldest athlete in American history. He possessed a fearless and brash nature that went beyond even the defiant side of Muhammad Ali standout personality.

It’s only fitting that I’d get an email cheering Johnson’s long overdue presidential pardon from an “Ozzie,” as The Galveston Giant finally received his overdue shot at the heavyweight title (against Tommy Burns) in Sydney, Australia almost 110 years ago. 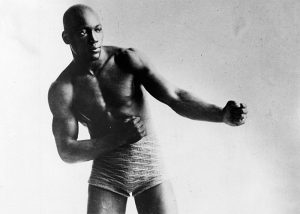 Johnson ranks among my personal top five heavyweight champions of all time (trailing just behind Ali and Joe Louis). His title reign and career stats aren’t as good some of the big men who I rate behind him (such as Larry Holmes) – he only made five defenses of the title, he didn’t face any African-American contenders after winning the championship, and some of the standouts he faced were undersized or underweight (Burns, Sam Langford, Stanely Ketchell, Philadelphia Jack O’Brien) – but he made history (and arguably a paradigm shift in American society) by being the first black man to hold the “biggest prize in sports,” he was pioneer in defensive/scientific boxing (especially at heavyweight) and he accomplished what he did in the most hostile environment imaginable. And he faced 10 fellow hall of famers, including the great Langford, James J. Jeffries, Sam McVey, Joe Jeannette, Ketchell, Burns and O’Brien.

Yes, I’ve seen Unforgivable Blackness. I watched (and recorded) the documentary series when it first aired on PBS here in the States. And long before that series, I would often write my articles and columns for HouseofBoxing.com and MaxBoxing.com while listening to Miles Davis’ Tribute to Jack Johnson.

Hi Doug, hope all is good.
Not much of what you’d call mainstream boxing this weekend, but some big fights in the lighter classes.

I want to bring up something that I see occur quite frequently in the sport, Filipino boxers springing upsets, usually by knockout. Just a few examples recently:

It seems no matter how modest a record some of these guys have they seem very able to spring the upset. With that being said how do you see the all Filipino super fly clash going this weekend between Ancajas and Sultan?

I’ll go with Gonzalez, Nietes and Sor Rungvisai (if the fight is at 112 or 115 pounds) – all by close-but-unanimous decision. 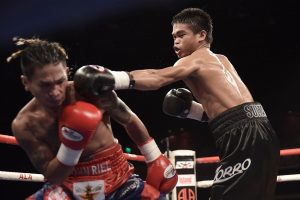 I expect Sultan to give Jerwin Ancajas a stern challenge in an entertaining fight (but I favor the defending IBF titleholder). Why? Because they have the same mentality and background. They’re young, hungry and fearless. Same deal with Duno, Abcede, Gemino and Lagumbay. They’ll literally fight anyone, anywhere. These guys are in their early-to-mid 20s, some have fewer than 20 bouts (Lagumbay only has 12 pro bouts under his belt), but they’ve fought top prospects and contenders in Japan, Thailand, Mexico, South Africa, Australia, Ireland, Russia and the good ole US of A. 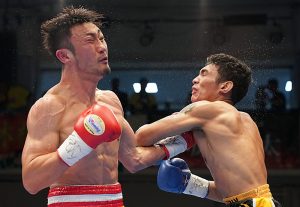 I’m more familiar with Duno because he’s fought four of his last five bouts in Southern California starting with the Chimpa upset, but I’m aware of the others you mentioned and I tip my hat to them all because the generally make for entertaining (often explosive) fights. How about that double-knockdown in the Lagumbay-Obara fight?!

PEDS AND A MYTHICAL MATCHUP

I saw an interview with Paulie Malignaggi who basically said unless you take drugs, you simply cannot compete at the top level these days. What is your take on that?

A quick MM that could/should of happened but didn’t. Trinidad VS Quartey at 147.

Also, Mayweather VS Quartey? I feel Ike’s jab would have been too much for Floyd. Thanks mate. – Will

I think Quartey’s jab (as well as his tight technique and physical strength) would have greatly challenged Mayweather, but I’m not sure the Ghanaian standout’s offense was creative enough to capitalize on the trouble his piston-like left stick would have caused. Oba Carr was able to give Quartey a competitive fight over 12 rounds, and I’m sure Mayweather could have boxed a more disciplined fight than the talented and gutsy Detroit native. I’ll go with Mayweather by close-but-unanimous decision.

And I’ll go with Trinidad by late stoppage in a great welterweight clash.

I saw an interview with Paulie Malignaggi who basically said unless you take drugs, you simply cannot compete at the top level these days. What is your take on that? Well, obviously it’s not impossible. He did it, didn’t he? I considered Malignaggi to be a “top-level” boxer in two weight classes – junior welterweight and welterweight – and I believe that he was world class 13-14 years into his pro career. I always assumed that he was a clean competitor. And if he wasn’t, I’d be interested to know what he took to enable his impressive longevity.

I’m also curious if he suspects that any of the boxers he commentates on for Showtime (which probably showcases the largest group of “top-level” boxing talent – especially American standouts – of any network in the world) are using PEDs.