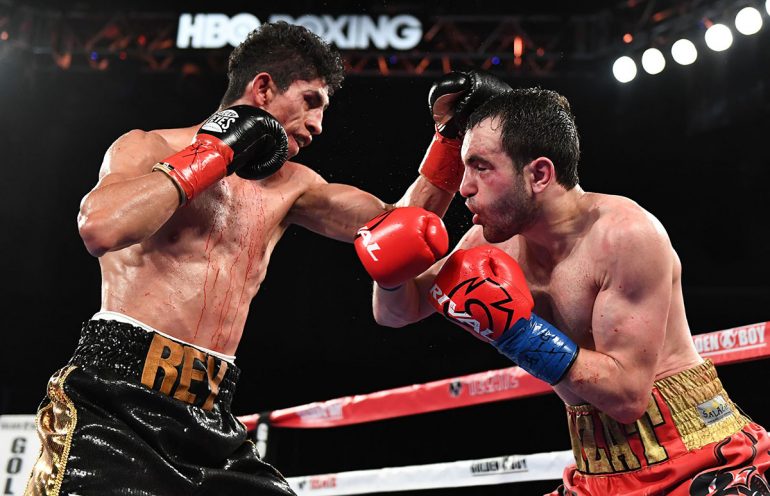 Rey Vargas scored a unanimous decision over Azat Hovhannisyan to defend his WBC junior featherweight title in the kickoff bout of an HBO broadcast headlined by Sadam Ali vs. Jaime Munguia in Verona, New York.

Hovhannisyan’s major challenge — his smaller stature — was no secret going in but he dealt with it by making himself the far more aggressive fighter in the opening round, bulling his way into Vargas’ perimeter and rocking the champion with both hands.

Vargas adjusted and began to use his advantages more effectively and the fight’s narrative shifted more toward his jab and lanky bodyshots, but he himself was aggressive enough and Hovhannisyan (14-3, 11 KOs) was unimpressed enough that the possibility of a knockout seemed possible every time they clashed. That faded slightly past the midpoint as a little fatigue set in, but the action remained heavy and then turned bloody after Vargas caught a headbutt to his left eyebrow in the eighth and then an even worse butt to his right eyebrow in the 12th. Both men continued to have moments of success until the final bell of what was an entertaining contest.