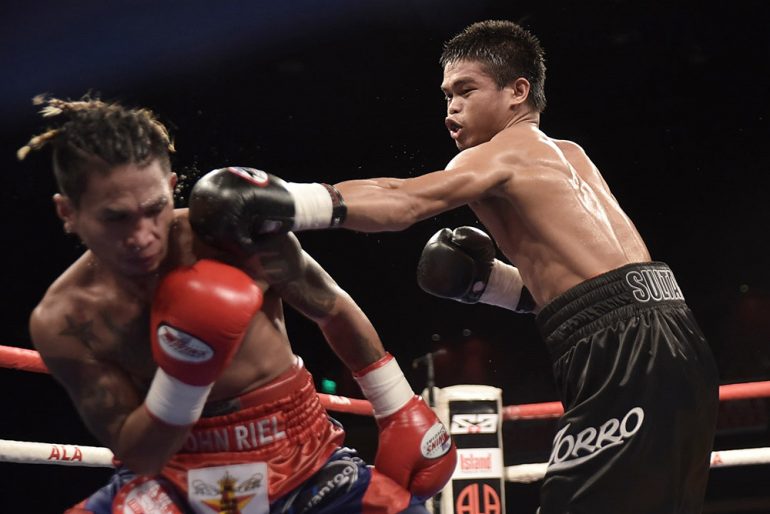 Johnriel Casimero (left) attempts to evade Jonas Sultan's punch during their fight in September 2017. (Photo by Stevie Lim)
05
May
by Ryan Songalia

The Jerwin Ancajas-Jonas Sultan fight later this month is set to display the depth of talent currently active in the Philippines, but not everyone is excited about the matchup.

Johnriel Casimero, a Filipino who previously held titles at junior flyweight and flyweight, is picking Ancajas to retain his IBF junior bantamweight title on May 26 in Fresno, California, but he thinks their styles will not mesh well for an entertaining affair.

Casimero (24-4, 15 knockouts) had at one time hoped to face Ancajas in what would have been the first all-Filipino title fight since 1925, and even called him out while sitting across the table at the 2017 Flash Elorde Awards in Manila.

Instead, Sultan scored an upset decision win over Casimero in an elimination fight last September to earn the mandatory shot at Ancajas. Months later, Casimero still doesn’t know what went wrong that night in Cebu.

“I am for Ancajas because Sultan does not have a good punch. I don’t know how he beat me,” Casimero told THE RING in Tagalog.

The 28-year-old Casimero is currently in Las Vegas training at the Mayweather Boxing Club and says he may return to the ring as a bantamweight.

“I have a coming fight, but it’s still a secret,” said Casimero.