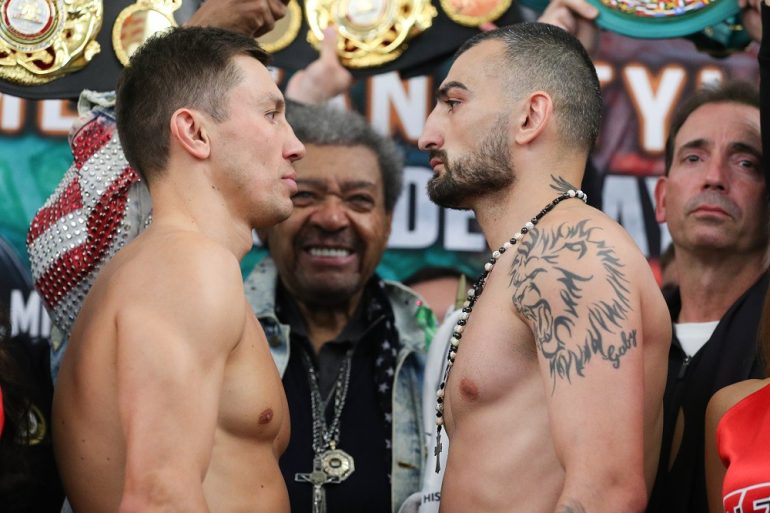 Photo by Ed Mulholland/HBO
04
May
by Mike Coppinger

No matter the assignment, you can always count on Gennady Golovkin being in shape.

Friday was no different, as GGG stepped on the scale at the middleweight limit of 160 pounds. The 36-year-old Kazakh showed off his impressive physique ahead of his middleweight title fight against challenger Vanes Martirosyan on Saturday at StubHub Center in Carson, California.

The 32-year-old Armenian, who was a late replacement for the suspended Canelo Alvarez, weighed 159.6 pounds. He’s moving up from junior middleweight for the opportunity, and hasn’t fought in two years, but Golovkin doesn’t believe he’ll have a size advantage. 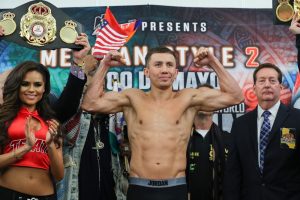 “He is a good fighter,” said Golovkin, THE RING’s No. 1 pound-for-pound fighter. “I remember him in 2004 in a couple of fights and he was good. He has a very strong chin and he is a little taller and has a longer reach and me.

“He has a lot of good experience. He has fought a lot of good boxers. I know my style and it matches up good with his but my style is much more interesting.”

Golovkin is gunning to match Bernard Hopkins’ record of 20 consecutive middleweight title defenses, though a few of GGG’s title bouts were defenses of the WBA’s secondary title, which THE RING doesn’t recognize.

In Martirosyan, he’ll meet someone who is a credible, capable fighter, albeit one who has lost every time he’s stepped up to the elite level. Those defeats to Erislandy Lara, Jermell Charlo and Demetrius Andrade all came via decision, but now he’s facing one of the sport’s most formidable punchers at a higher weight. 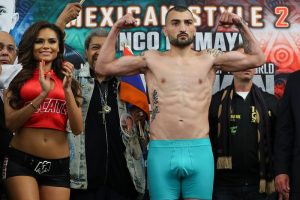 “When we got the call for the fight they asked me if I could be 176 by Thursday or Friday and I weighed in that day at 174 or 175 that day,” Martirosyan recalled. “One week before the fight we came in at 167 so we are in shape and we are good to go. My trainer Edmund always tells me ‘fight or no fight, stay in the gym and stay sharp. It doesn’t matter if you don’t have a fight.’

“I know some fighters when they don’t have a fight they just stay home chillin’ till they get the call to go in the gym. When you’ve done it for such a long time you get tired of training. The good thing about my team is fight or no fight – go to the gym for 30 or 40 minutes even if you’re going to watch sparring – we are always in the gym and always around boxing.”