Ryota Murata: ‘I am superior to Emanuele Blandamura in power and stamina’ 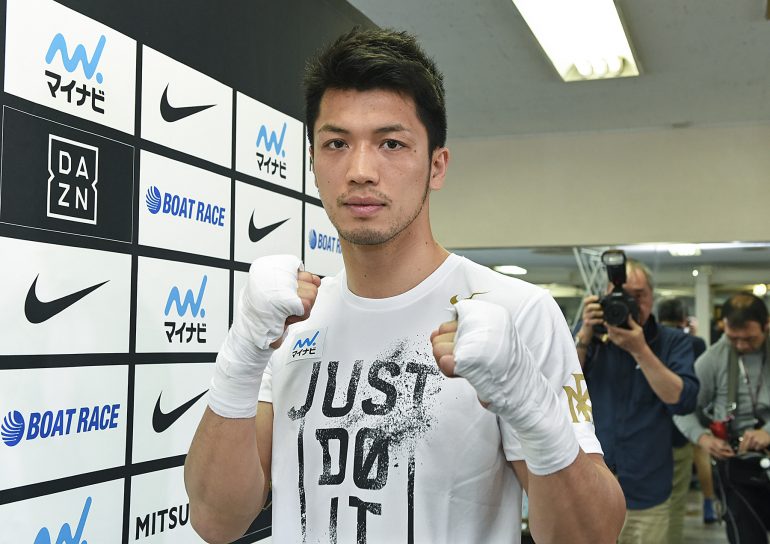 On Sunday, Japanese middleweight contender Ryota Murata faces Emanuele Blandamura in a 12-round bout at the Arena in Yokohama, Japan, and the former amateur star is looking to make a strong impression.

The 32-year-old Murata (13-1, 10 knockouts) was in a calm and relaxed mood while showing off his excellent form in sparring to more than 80 media representatives.

“If I try to overwhelm my opponent, I may not fight at my proper distance and waste stamina, that’s the problem,” revealed Murata at a public workout in early-April. “I have realized that I can keep my distance by jabbing well.

“I cannot increase punching power or speed suddenly. My composure will increase my fighting power.”

Murata intends to be more cerebral but will still look to produce the concussive punch-power we’ve seen from him in the past.

“Of course, I wish to win by knockout, but it is hard to overwhelm (Blandamura) from the beginning,” he said. “I believe I am superior to Blandamura in power and stamina. I’ll attack him from my distance and deprive him of his stamina. Also, I have to control my mind during the fight.”

Murata, who is ranked No. 8 by THE RING at 160 pounds, is the most popular fighter in Japan and is regularly featured in TV commercials and magazines. His fame spread after his silver at the 2011 World Championships was upgraded to gold at the 2012 London Olympics.

Since turning professional in August 2013, the Japanese boxer-puncher has moved quickly under the guidance of manager Akihiko Honda and promoter Top Rank.

If Murata can turn back Blandamura’s challenge, he’ll put himself in play for bigger business later this year in a star-studded middleweight division.