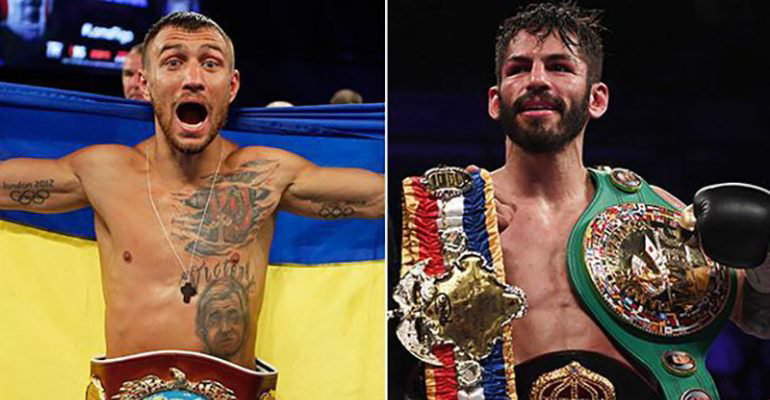 Contracts were signed Monday night, a source with knowledge of the deal told THE RING, to pit Linares against Lomachenko in a May 12 clash on ESPN for THE RING lightweight championship at New York’s Madison Square Garden. Terms were agreed to weeks ago, but the fight was threatened by a date conflict.

Golden Boy Promotions, which handles Linares, will televise an HBO show that night, likely Sadam Ali against Liam Smith, and didn’t want to go head-to-head with the ESPN show.

Golden Boy and Top Rank, Lomachenko’s promoter, worked in conjunction with ESPN to move the time slot, and finally, the network accommodated the request by moving an SEC women’s softball game to an earlier spot on their schedule.

So now, Linares-Lomachenko will begin at 8 p.m. ET and the show will even promote the HBO card later that evening, which will include the replay of the Canelo Alvarez-Gennady Golovkin rematch.

Simply put, Linares-Lomachenko is one of the best matchups that could be consummated in the sport. It features Linares, the king of the 135-pound division, against Lomachenko, THE RING’s No. 3 pound-for-pound fighter, who will debut at 135 pounds.

Lomachenko (10-1, 8 knockouts) already ruled over the featherweight and junior lightweight divisions and established himself as one of the sport’s best talents. The 30-year-old Ukrainian scored convincing wins over Gary Russell Jr., Nicholas Walters and Guillermo Rigondeaux as a titleholder in both weight divisions.

Now, he seeks a title in a third weight class, and this figures to be the two-time Olympic gold medalist’s most challenging assignment yet.

Linares, of course, is the biggest man Lomachenko will have ever contended with, and he’s also among the fastest. The 32-year-old Venezuelan established himself as the best fighter at 135 pounds when he won THE RING’s lightweight championship last March with a lopsided decision win over Anthony Crolla in the rematch.

He’s since successfully made two defenses, wins over Luke Campbell and Mercito Gesta on HBO. But Linares (44-3, 27 KOs) is now preparing for a much more difficult task against perhaps the sport’s best talent, a fighter with blinding speed and unspeakable ring IQ.