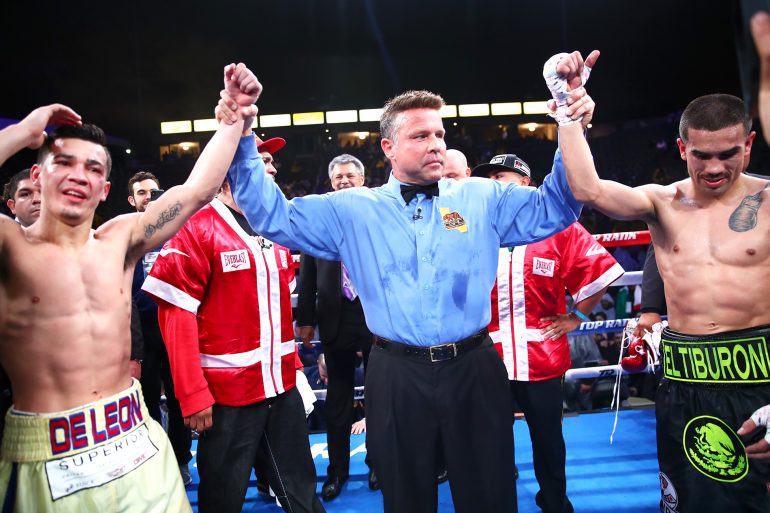 CARSON, Calif. — Andy Vences and Erick De Leon both promised to hand each other their first career loss. It turns out neither man was prescient.

The battle of unbeaten 130-pound prospects ended in a majority draw Saturday in the ESPN-televised co-feature. Two judges scored the 10-round bout even, 94-94, with the third scorecard in favor of De Leon, 96-94.

“Come on, I showed ring generalship,” Vences (20-0-1, 12 knockouts) complained. “I hurt him a couple of times. I hurt him in the last round. I know I wasn’t as active, but the shots I was throwing were powerful. That’s what the pro game is about. It’s the hurt game. It’s not the amateur game.”

Vences, a 26-year-old resident of San Jose, was attempting to prove he’s a contender with his first bout where he stood a reasonable chance to lose. His jab was effective, and he used it to work his way inside and land plenty of power blows.

But De Leon (17-0-1, 10 KOs) rallied to win Rounds 6 through 9 on all three scorecards, before losing the final frame. A rematch seems to be in short order.

“Let’s take this thing to Detroit,” said De Leon, asking for a return bout in his hometown.