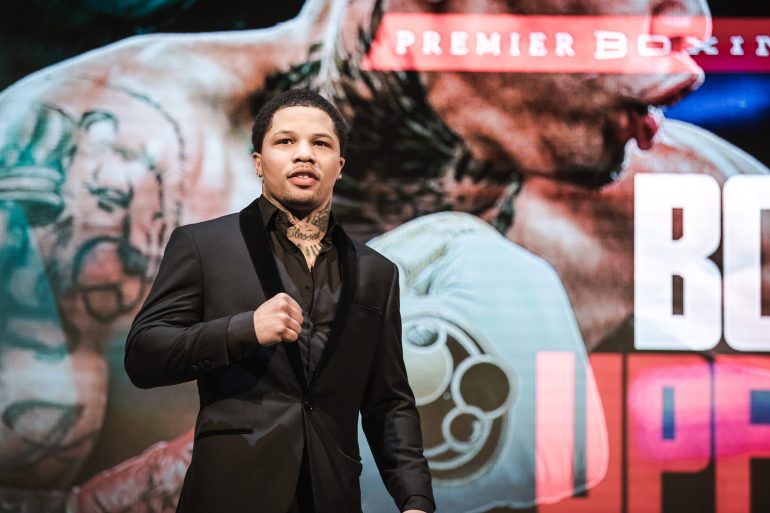 Gervonta Davis is remaining at 130 pounds, and now, he has an opponent.

“Tank” will face former featherweight titleholder Jesus Cuellar on April 21 in Brooklyn, New York, in the Showtime co-feature to Adrien Broner-Jessie Vargas, it was announced.

The 23-year-old held a junior lightweight title last year, but he failed to make weight for his scheduled defense against Francisco Fonseca on the Mayweather-McGregor undercard, and Davis was stripped. Now, he has a chance to put a title back around his waist: his fight vs. Cuellar is for the WBA’s vacant secondary title (Albert Machado is the recognized titleholder).

“I’m the most exciting and skilled fighter on television and in 2018 I plan to show it,” said Davis (19-0, 18 KOs). “On April 21, I’ll be back in the ring, live on Showtime. Jesus Cuellar is arguably my toughest opponent to date. He is rough and tough, but I’m looking forward to the challenge.

“I’m more than happy to be fighting at Barclays Center where I won my first world title. Brooklyn is very close to Baltimore, so all of my people will be there to witness me become a world champion again.”

Davis possesses strong power and an exciting style, but the southpaw has yet to face a top opponent since winning the title from Jose Pedraza in January. He defended his belt with a third-round stoppage of Liam Walsh over the summer, and only of his opponents have lasted the distance.

Cuellar figures to present Davis’ toughest test, but he’s coming off a massive layoff. The Argentine hasn’t competed since December 2016, when he was outpointed by Abner Mares. And now, at 31, he’ll be moving up in weight.

“The time I’ve had off since the Mares fight has refreshed me for this new opportunity,” said Cuellar (28-2, 21 KOs). “It took a lot out of my body to make 126 pounds for all of those years. Now I feel fresher and hungrier than ever before.

“I’ve been offered fights against lesser opponents in the last year but I’ve preferred to wait a little longer so that I can get a chance to fight the best. Gervonta Davis is one of the best in the world, so he’s the one I want to face and beat. Davis has never faced a fighter like me and he will see me at my very best on April 21.”