Donnie Nietes ready for jump to 115 after impressive HBO debut 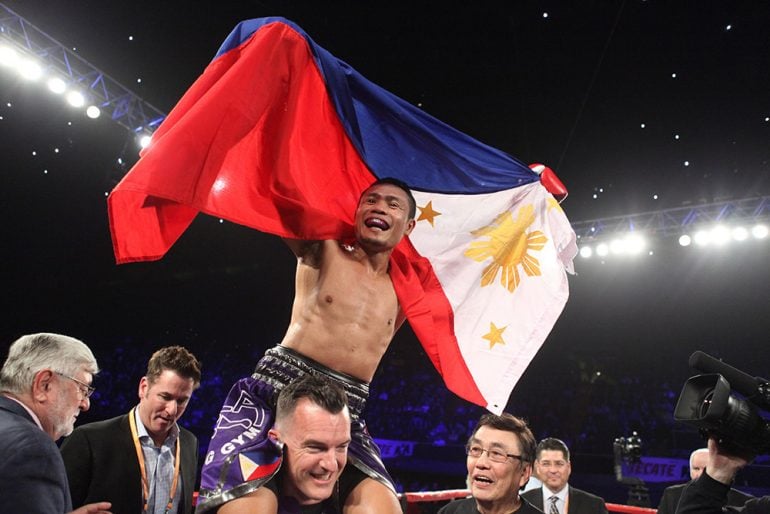 After a super defense of his flyweight title, Donnie Nietes is ready to move to the super flyweight division.

The Filipino fighter built tempo against Juan Carlos Reveco, rocking him to his boots with a right hand at the end of the sixth round before finishing him with a bolo punch reminiscent of the late Ceferino Garcia in the seventh to retain the IBF flyweight title in the opening bout of the “SuperFly 2” broadcast opener on Saturday.

It was Nietes’ first time on HBO — or any major U.S. network — after nearly 15 years as a pro and more than 10 years after he won his first title belt at 105 pounds. He’s just the third Filipino fighter to win titles in at least 3 weight divisions, and has spent more consecutive time as a world champ than any other fighter from his country.

He has been one of those champions you watch once his fights get uploaded to YouTube, yet it wasn’t until he got the nod from HBO that he finally achieved the international fame he had long deserved.

To ask Nietes, though, it was just any other night in his 46-fight pro career.

“I was just thinking it was a normal fight, so there is no pressure and our game plan won’t be affected,” said Nietes (41-1-4, 23 knockouts) on the phone after his fight at The Forum in Los Angeles. 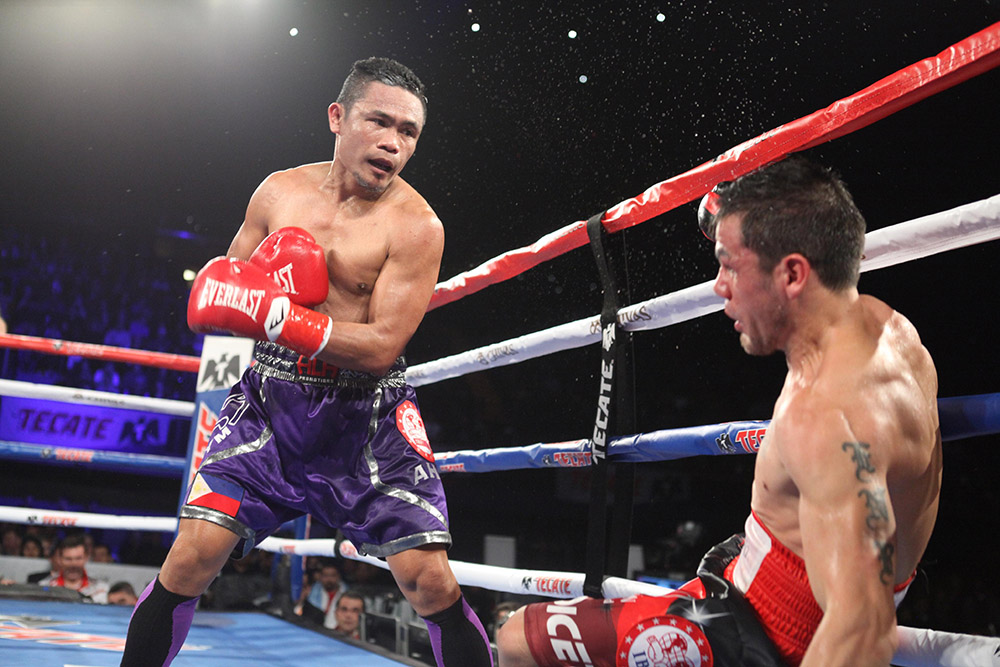 Nietes’ promoter, Michael Aldeguer of ALA Promotions, now has the task of fielding offers for his suddenly hot property.

Nietes, however, isn’t nearly as excited about what could happen at 112 as he is about jumping into the mix at 115.

“They are not really known,” said Nietes about the lineup at flyweight. “All the names are at 115. I will go for 115.

Gonzalez, who was defeated twice by Sor Rungvisai in 2017, had been the fight Nietes had dreamed of when Gonzalez was the unbeaten pound-for-pound champion of boxing. There had recently been chatter in Nicaraguan press about Gonzalez possibly facing Nietes for the WBO 115-pound title that Naoya Inoue is expected to vacate before he moves to bantamweight, but Aldeguer says there’s been “nothing formal yet” outside of that report.

“We haven’t had any discussions yet. I was shocked about that,” said Aldeguer.

After Saturday, Nietes’ time as one of the sport’s best-kept secrets is likely over.

“This has been what I’ve been waiting for. This has been the door that opened for me to get the big fights in the U.S.,” said Nietes.