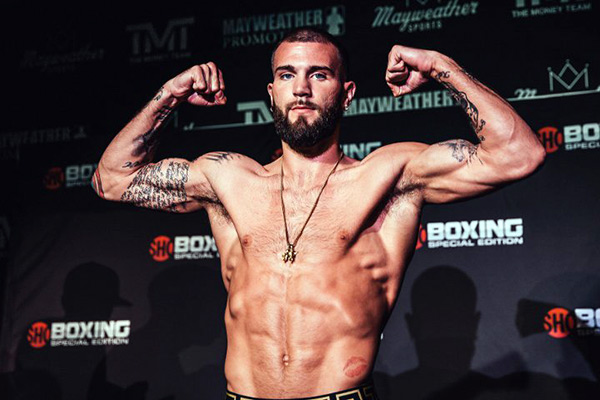 Caleb Plant hasn’t yet had to show how brave he is in his young career, and he didn’t seem interested in revealing that on Saturday night against Rogelio “Porky” Medina.

It was a pot-shotting exercise from round one for Plant, 25, of Ashland City, Tenn., as he jabbed and moved against the slower, but heavy-handed brawler from Hermosillo, Mexico. The accurate, if not overly thudding shots began to take their toll by the fifth round as Medina’s nose began to to bleed and his cheeks puffed up.

Plant was at his most effective in round six, teeing off with single right hand shots that knocked sweat off Medina, who never stopped trying but couldn’t get land much of anything of significance until the tenth round, when Plant had already built up a major lead on the cards. Instead of pressing his advantage, Plant continued on his conservative course, which drew boos from the crowd on hand for the card.

Still, it was a clear win against an experienced brawler in which he showed off his difficult-to-penetrate shoulder roll defense and ability to counter with short shots in between his opponent’s misses.

The win, which was Plant’s fourth straight by decision, earned him the IBF’s no. 2 spot at super middleweight, where Caleb Truax holds the title. Medina, who was ineligible for the eliminator after weighing over the limit at 168.8 pounds.

Earlier in the fight, Austin Trout (31-4, 17 KOs) scored his first win since 2015, defeating Juan De Angel (20-8-1, 18 KOs) of Colombia by unanimous decision in an 8-round fight. Trout, a former WBA junior middleweight titleholder, had suffered back-to-back defeats to Jermall Charlo and Jarrett Hurd in 2016 and 2017, respectively.

The card is headlined by the welterweight non-title fight between Devon Alexander and Victor Ortiz.