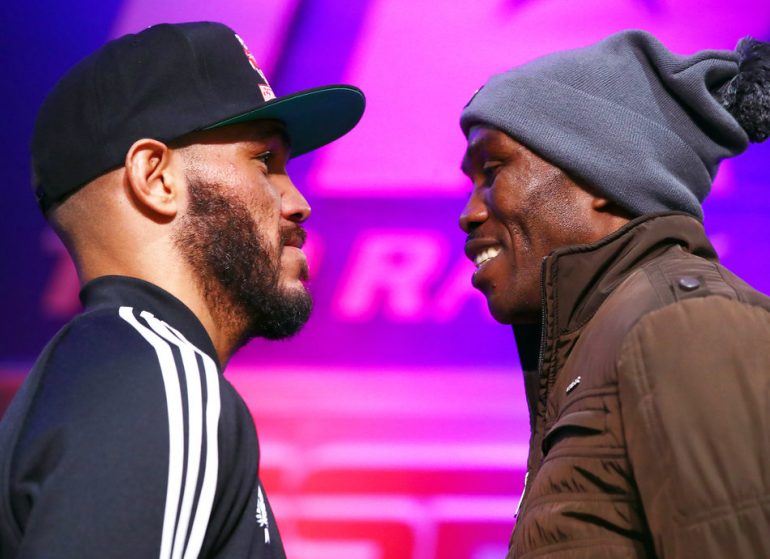 Ray Beltran and Paulus Moses are nearing the end of their careers, and this could be their final time in the spotlight.

For Beltran, it’s his fourth opportunity to finally call himself champion. And for Moses, it’s a chance to once again put a belt around his waist. They’ll vie for the WBO vacant lightweight title Friday on ESPN in Reno, Nevada, and the loser’s outlook will be grim.

Beltran will turn 37 in July, and it’s not likely he would receive yet another shot at a title if he comes up short. Moses is four months shy of his 40th birthday, and this will be his American debut.

A win for either man and the paydays a champion commands will follow. But more importantly, relevancy in a sport that is quick to forget.

“You can’t fall asleep with any of your opponent, I don’t take him light, I take him very serious,” Beltran told RingTV.com. “He’s a tough opponent, he has a lot of experience, he’s a former world champion. He’s been there with some big fights, and I expect a hard fight with him. My opponent is coming to win.”

Beltran (34-7-1, 21 knockouts) was shutout by Terence Crawford in a November 2014 title fight, and the Mexican’s next outing went even more poorly. He found himself in another title fight, but Beltran missed weight, and then was caught with the steroid stanozol in his system.

He was subsequently suspended, but since his return, Beltran has been on a tear. He scored four consecutive wins inside the distance, including victories on HBO over Mason Menard and Jonathan Maicelo. Beltran was forced to go the distance in his last bout, a decision victory over Bryan Vasquez.

But there’s still one fight that weights on Beltran’s mind. He travelled to Scotland in September 2013, broke Ricky Burns’ jaw and dropped the lightweight titleholder, but only mustered a draw. Beltran should already be champion, but the judges robbed him.

Beltran has been struggling his whole life, from a poor boy growing up in Los Mochis, Mexico, to a man fighting for his green card in America. He’s struggled to shed the sparring partner he obtained during years helping Manny Pacquiao prepare for his superfights. He has another chance Friday.

“Like every experience in your life, it makes you who you are right now, it makes you stronger,” said Beltran, THE RING’s No. 3 lightweight. ” … It was a struggle in general, the way i grew up. The way my boxing career’s been. I wasn’t given anything.

“Things have been taken away from me — victoires. It made me more aggressive and hungry to reach my goals and get what I believe I deserve. I deserve to be a world champion.”

So Beltran changed his style and became more aggressive in an attempt to take the judges out of the equation. But Moses stands in his way, ready to once again feel what Beltran never has.

Moses (40-3, 25 KOs) earned the right to call himself champion after he topped Yusuke Kobori in 2009. He fought again in Japan with a successful defense, but was knocked out by Miguel Acosta in Namibia in his third title fight.

He earned another shot in 2012, but dropped a decision to Burns. And ever since, he’s been competing on the fringes of the sport, fights in Africa against limited opposition.

Now, he has a chance to once again be noticed.

“I’m a chief of police in my country, and I deal with tough guys all the time. Beltran will not be any different,” said Moses, who accompanied training mate Julius Indongo for his fight with Crawford in August. “He is an experienced fighter that has faced a lot of good opponents, but I’m here to fight and take the title back home with me.”