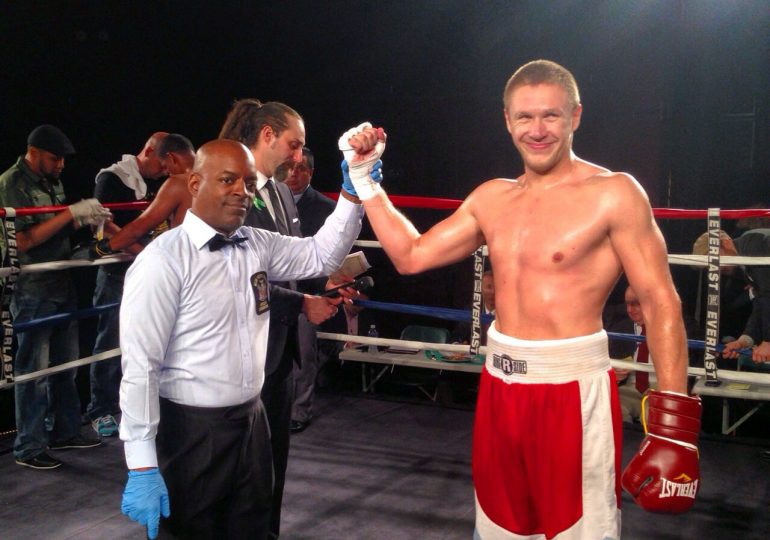 The cruiserweight class has zipped up the ladder of fan interest, over the last few months, because the World Boxing Super Series’ cruiser tourney has featured top-tier action from skilled practitioners.

And that buzz uptick has a trickle-down effect, which has other cruiserweights not entered in the WBSS elimination tournament appreciative of the surge.

Russian Alexey Zubov believes he can capitalize on some of this momentum and is targeting one of the higher-profile cruiserweights with an impressive resume. Zubov, promoted by Dmitriy Salita and trained by Javan “Sugar” Hill, in Detroit, has set his sights on one of the ace cruisers on the scene, who has already been to the mountaintop.

“(Zubov’s) work ethic and desire to learn is one of best I have ever seen,” Salita told me. “He is sparring with cruiserweights and heavyweights, like Charles Martin and Apti Davtaev, and he does very well. The WBSS tournament froze up lot of the top fighters, so it’s been hard to get a legitimate contender or better to fight him. I believe when he gets an opportunity to fight for a title, he is going to shock the world! He wants to fight (WBA cruiserweight titlist) Denis Lebedev…Woodsy, he has the ability to outbox him and possibly stop him late. Eastern Europe, Russia has some of the best cruiserweights in the world and Alexey is following that direction, plus he has some Kronk /Detroit magic!”

Ranked in the Top 15 of three of the four major sanctioning bodies, Zubov (17-1, with 9 knockouts), 31, has lived in Detroit for two years, for the record. I’m hearing from folks in the region that he’s been making strides. I asked him what he’s improved on since coming to the US.

“During training at the Kronk Gym, working with Sugar Hill, I feel progress as a boxer,” he said. “I have changed the technique, understanding and strategy of boxing. Every day I get better and better.”

Zubov had been given a chance on a grander stage, when, in April 2016, he got a “ShoBox” slot against Constanin Bejenaru. He didn’t as much look the part of a future title challenger as some of his backers had hoped. But he got back to the gym, after looking hard in the mirror, and worked his tail off. He’s gone 7-0, since the eight-round unanimous decision loss. “I am at the top of my category and, in the near future, I will prove it in the title fight that I am the best in the world. About Lebedev, I can say he is a good boxer, world champion, but every boxer has his time. I think that his best years are over!”

My three cents: Like many of you, I’m happy for those toiling in the cruiserweight class. That redheaded-stepchild-with-ADD division is getting some love and attention, rightly so, because the talent is pretty rich. Let’s now see if Zubov’s ambition and skills are in step and can take him to the apex of the class.