Billy Joe Saunders: I want the winner of Canelo-Golovkin, I’ll hold every title in 2018 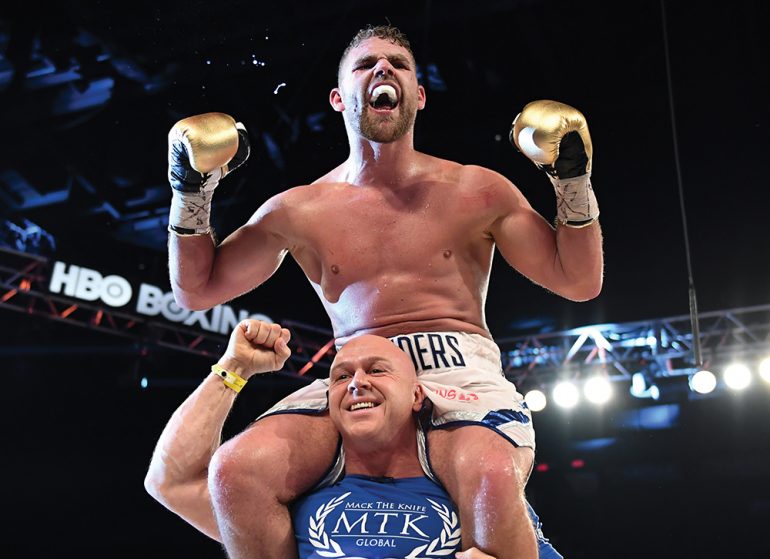 Billy Joe Saunders proved he’s an elite-level fighter after the 12-round boxing lesson he gave to David Lemieux in December.

The 28-year-old expertly showed off all his tools in the breakthrough performance: his excellent southpaw jab, his pinpoint defensive movements and a high ring IQ.

Now, the WBO middleweight titleholder hopes to put those skills to the test against far better opposition. Before he can study the RING middleweight championship rematch between Canelo Alvarez and Gennady Golovkin on May, the Brit will defend his 160-pound title against Martin Murray on April 14.

“I know what I’m going to do. I want the winner of Golovkin and Canelo. Please god, Golovkin wins – rightly so because he did last time – and I will hold all the titles. Every single one of them by the end of this year!”

Saunders is THE RING’s No. 3 middleweight, and he makes up the division’s elite along with Canelo, GGG, Jermall Charlo and Daniel Jacobs.

Jacobs has long lobbied for a fight with Saunders, but if it happens, it will have to wait until the fall. By then Jacobs will be past his April 28 bout against Maciej Sulecki, and it’s quite possible Canelo and Golovkin will be headed for a third chapter.

“If they can make it financially work, viable for both of us,” Saunders said, “then I’m sure that me and [Jacobs] haven’t got a problem fighting each other.”

Will Saunders get a shot at the Canelo-GGG winner in 2018? Maybe not. But he has all the confidence that when the dust settles, he’ll be the ruled of the stacked middleweight division.