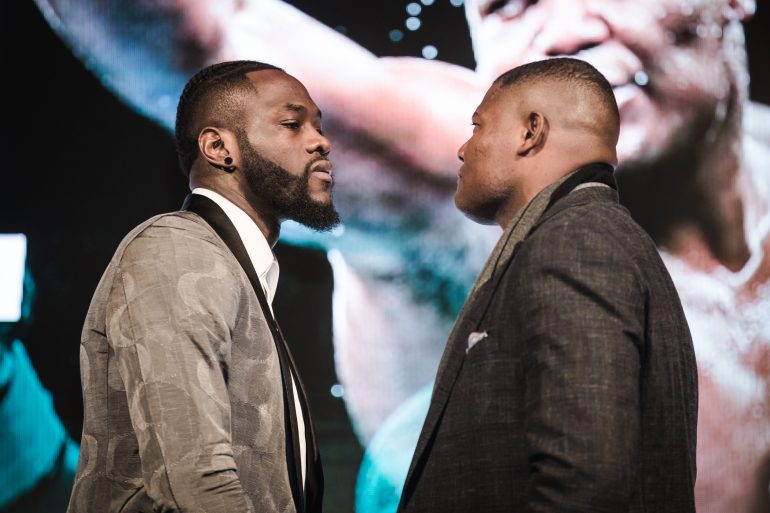 His quest is to become undisputed heavyweight champion, and there’s only one way he can get there: a fight with Anthony Joshua.

It remains to be see if and when it will happen, but in the meantime, Wilder and Joshua will put their titles on the line against different opponents.

First up is Wilder (39-0, 38 knockouts) with a WBC heavyweight title defense against Luis Ortiz on March 3 in a Showtime-televised main event.. Joshua will unify with Joseph Parker on March 31 with the other three belts up for grabs.

Of course, Wilder and Joshua must win to set up the eventual showdown, and it’s the former who’s facing (on paper) the more challenging opponent.

“Luis Ortiz is one of the toughest guys around and he’s supposed to be the boogeyman in the heavyweight division,” Wilder said. “But I’ve never been afraid of the boogeyman and I’ve knocked out every opponent that I’ve faced.

“I plan on keeping that streak going. Everyone standing in my way of becoming the undisputed heavyweight champion has to go down. It’s Luis Ortiz’s turn.”

And it’s clear: Wilder is here to make a statement.

“Ever since I’ve been a little boy, I’ve always been doubted no matter what,” he said. “As a grown man now, I’m still being doubted. I like proving people wrong. There’s nothing like proving somebody wrong.