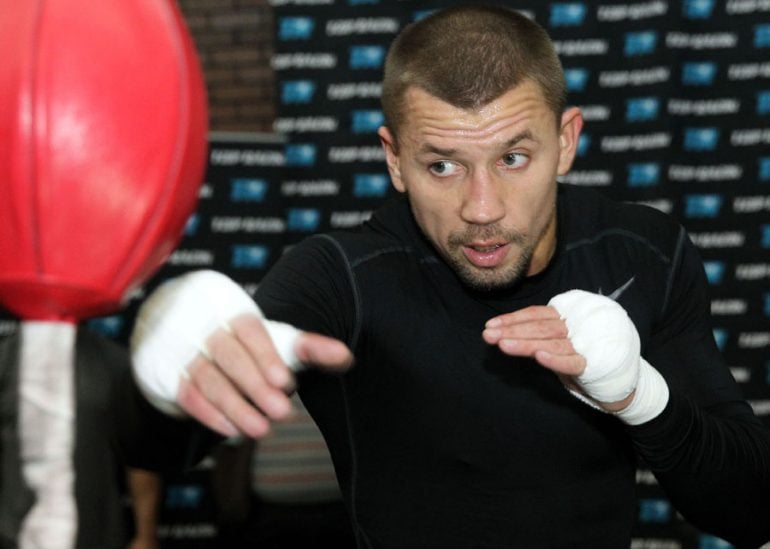 One of the respondents to the New Year’s resolution poll I sent out was Russian-born middleweight Matt Korobov (27-1, 14 knockouts).

“My resolutions are to be more vocal,” the 34-year-old boxer told us. “Minimum three fights this year. Call out Al (Haymon)’s duckers in my weight division. Belts!”

I followed up with him on Wednesday, seeing where he stood on his resolutions list…

“It’s frustrating; these guys are all talk, no action,” Korobov told me. “I called out (WBO middleweight titlist) BJ Saunders a million times, Danny Jacobs, same amount. David Lemieux. Called out Demetrius Andrade. (WBO super middleweight beltholder Gilberto) ‘Zurdo’ Ramirez. When I say I will fight anyone, I will. They don’t even reply but I am not going to stop. If I had a nickel for every time I called out Jacobs and Saunders, I would retire!”

I followed up: Along with this newfound vocal style, will there be any tweaks to his ring game. When we see him glove up again?

“Honestly I been working on so many things. It won’t be just one. I am in the gym six days a week and I don’t have a fight lined up. No one is as dedicated as me. I see guys after fights, they gain 20 pounds, look like sh*t. I am four to 10 pounds away from weigh-in weight at any moment. I am laser-focused on smacking the sh*t out of one of these guys. All I need is someone to have the balls and lace them up with me.”

And is he a go-for-broke sort who craves a KO, to make maximum impact when getting the win? “My feeling is KO or no KO, I need a super-decisive win against someone worth something. I beat (current super middleweight contender Jose) Uzcatequi handily but people forget that. He was winning the (Andre) Dirrell fight till the KO after the bell. KO would be better but I need to fight my fight. Can’t be looking to change my style for a KO and pay for it. With my skills and movement, I will dominate. I never focus on KO; I focus and outclassing my opponents and if a KO happens. If I just dominate someone for 10 or 12 rounds, I am just as happy.

Korobov, currently ranked No. 5 by the WBC, was stopped by Andy Lee, in a contest for the then-vacant WBO 160-pound belt in 2014, took off 2015, fought three times in 2016 and has promotional issues ironed out, he tells me.

Now he just needs a foe to pan out and he will be good, he resolves.