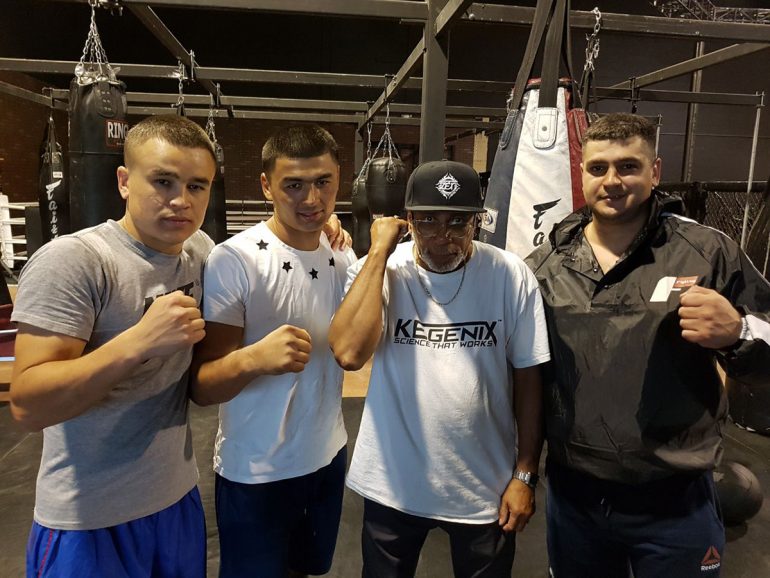 Abduqahorov (13-0, 9 knockouts) opened the year with two easy victories before scoring a stunning first-round knockout over 3-1 favorite Charles Manyuchi in March. Then, just four months later, he ventured to Russia for a comfortable 12-round unanimous decision victory over Dmitry Mikhaylenko.

Understandably, the 24-year-old prospect has high hopes for 2018.

“It has been a good year, my team have kept me active and I feel I have improved,” Abduqahorov told RingTV.com through manager Vikram Sivapragasam. “I am looking forward to next year and hopefully fighting for the world title.”

Sivapragasam is also pleased with how his fighter has progressed and foresees a bright future.

“I really believe Qudratillo can become a world champion,” said Sivapragasam. “He has really improved this year. He had a training camp in America that helped him and that was a great learning experience.

“We tested him mentally by putting him in a tough fight in Russia and he rose to the occasion and got stronger as the fight went on. That showed me he has the mental strength to go to the top.”

Abduqahorov’s hard work has been noticed by all four sanctioning bodies. He’s ranked No. 6 with the WBC, No. 9 with the WBA, No. 8 with the IBF and No. 14 with the WBO.

The talented boxer-puncher is originally from Qorgontepa, which is an eight-hour drive from Tashkent, the Uzbekistan capital. Just last month, Abduqahorov returned to his home patch and scored a third-round bludgeoning of the habitually durable Sherzodbek Alimjanov.

“We had both Qudratillo and [super middleweight prospect] Azizbek [Abdugofurov] fighting in front of their fans,” Sivapragasam said. “We had a capacity crowd of 3,000, which we were really pleased with. I am looking at the possibility of bringing them both back there in bigger fights.

“I also want them to fight in Malaysia. Both [Abduqahorov and Abdugofurov] live here and continuing to grow the sport in the region is very important. We also have plans to fight in America. That is where boxing is biggest and where most of the top welterweights are from.”