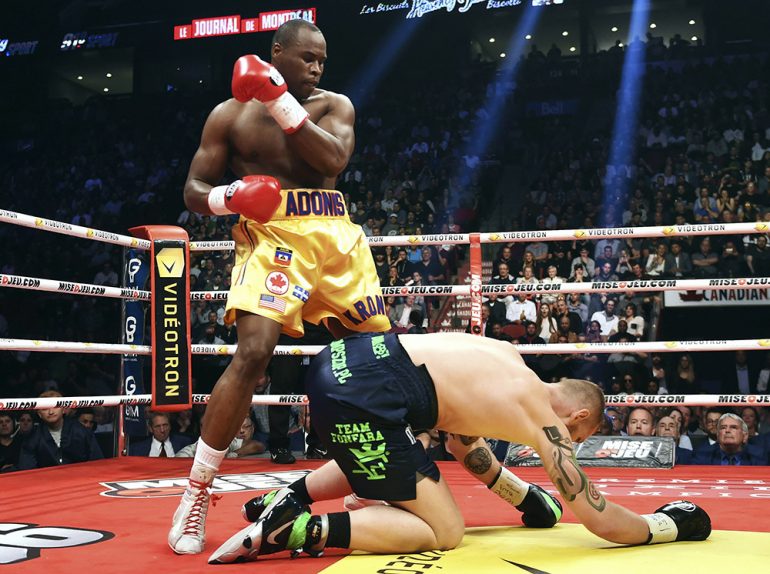 Adonis Stevenson is finally going to defend his lineal light heavyweight title against a worthy challenger.

The Canadian puncher will fight Badou Jack in either February or March, a source told RingTV.com. Talks have been ongoing for months, with one main holdup: Stevenson’s due mandatory against WBC No. 1 contender Eleider Alvarez.

Alvarez has been in position for two years, but continually has accepted step-aside money to allow Stevenson to seek other bouts. Now it’s resolved, per a source, with the WBC approving an arrangement to allow Stevenson to fight Jack, while Alvarez will face-off against Olympic bronze medalist Oleksandr Gvozdyk. The winners will then meet each other.

Stevenson-Jack has no site yet, but Quebec and Brooklyn are two attractive options. Jack’s thrilling draw with James DeGale in January took place in Brooklyn, where many of Al Haymon’s fighters compete. Stevenson (29-1, 24 KOs) is a draw in Montreal, and has fought outside Canada just twice, long before he was champion.

The 40-year-old has faced heavy criticism for his level of opposition since he wrested the title away with a one-punch, first-round knockout of Chad Dawson in 2013.

Other than Tony Bellew and Andrzej Fonfara, who were solid, if unspectacular opponents, Stevenson has feasted on journeymen and past-their-prime fighters. Not the case with Jack, who was might impressive in his 175-pound debut in August with a five-round shellacking of Nathan Cleverly.

Jack (22-1-2, 13 KOs) clearly carried his power up in weight, and looks even stronger at light heavyweight, which might be the best division in boxing right now.

The 34-year-old Las Vegas resident will have his hands full if he’s to become a two-division champion. Stevenson might be old, but he moves exceptionally well for a big man, is fast, and is one of the sport’s biggest punchers. His accurate left hand decimated Fonfara in just two rounds during their June rematch, and only one of his wins since 2007 (Sakio Bika) have come via decision.

Stevenson-Jack, simply put, shapes up as one of the best matchups that can be made in boxing, and maybe the first big fight of 2018.