Sugar Ray Leonard: ‘I can’t compare Golovkin to Hagler. That’s too much too soon’ 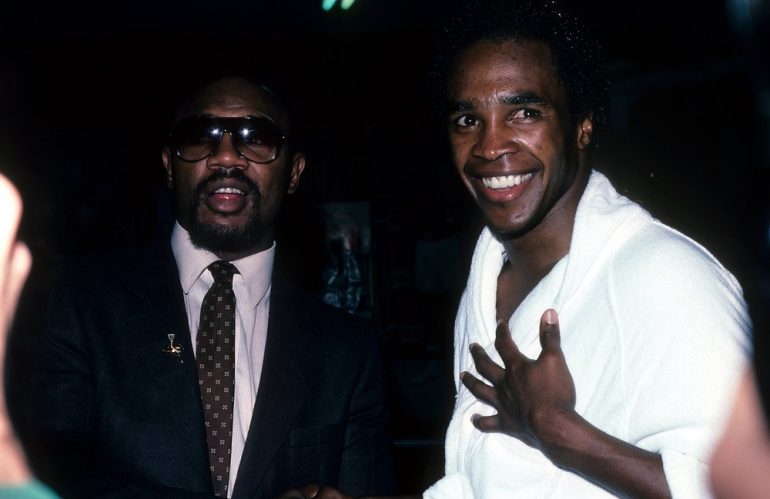 Photo by The Ring/ Getty Images
06
Dec
by Tom Gray

It’s been 20 years since Sugar Ray Leonard threw down in a professional prizefight, but the sport which gave him immortality still courses through his veins.

When something significant happens in boxing, Leonard knows about it and when a fighter has a new experience at elite level, chances are that the former five-weight world champion has been there and done it.

In the early 1980s, as undisputed welterweight champion, Leonard was arguably the finest pound-for-pound fighter in a boxing world full of fistic beasts. His desire to be the best was insatiable and he took on all comers. 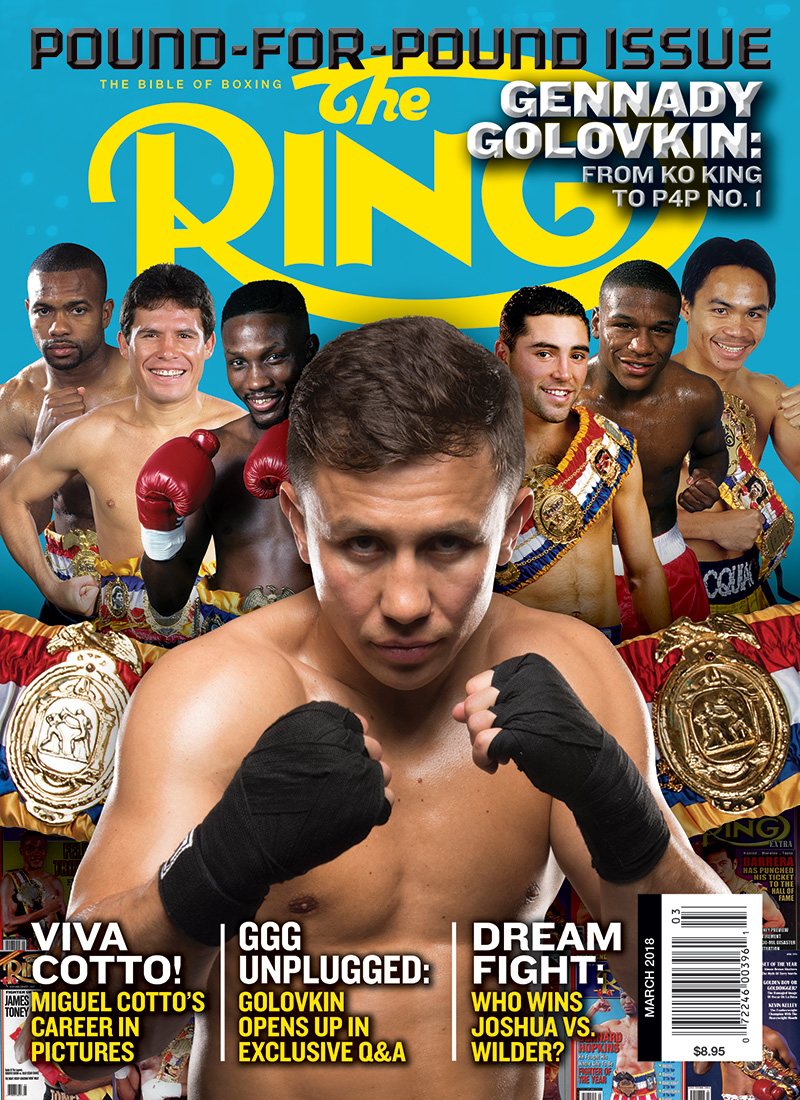 Meanwhile, the fighter known as “GGG” was recently anointed as THE RING’s pound-for-pound king. In March, Golovkin (37-0-1, 33 knockouts) floored Danny Jacobs on his way to securing a tight unanimous decision victory. Then, in September, the power punching Kazakhstani was held to a controversial draw by Mexican rival Canelo Alvarez.

“The Sugar Man” was watching.

“Golovkin reminds me of (Marvelous Marvin) Hagler,” said Leonard after some deliberation. “He has that ambidextrous quality of having power in both hands and just looks to dominate the opposition.

Having been involved in some of the greatest showdowns in boxing history, Leonard has huge expectations when something is billed as a superfight. Canelo-GGG provided plenty of high-quality action, but was it enough to satisfy a boxing legend who holds epic victories over Thomas Hearns, Duran and Hagler.

“It wasn’t completely what I anticipated, but most fights don’t live up to expectations,” said Leonard. “I just felt that they both respected each other a little too much. Canelo usually has great combinations and when GGG gets going, he’ll blow you away. I didn’t really see any of those things in that fight. It was a good fight, but it wasn’t what it could have been.

“In a rematch, I’d say it’s advantage GGG. I thought GGG deserved the decision in the first fight because in the early rounds, Canelo was just moving. You can move but you have to be active when you’re moving.” 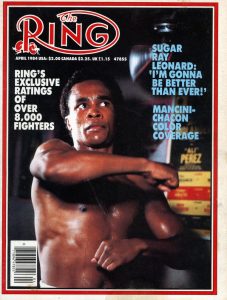 Despite the fact that Golovkin was pushed close in his last two outings, Leonard believes that the 35-year-old veteran has earned his stripes. The legendary ex-champion pointed to the chilling 23-fight knockout streak and Golovkin’s remarkable consistency since bursting on to the world scene in 2010.

“But times have changed. There’s social media now and everyone is looking for instant gratification. That goes with my kids and your kids, but it also goes with the fighters. It’s not wrong to do that because it’s there. The downside is that fighters don’t fight the way they used to. They don’t continually look to up the caliber of the opposition. Sure, when you turn pro, you take fights that you should win but, at some point, you’ve got to raise the bar. At some point, you’ve got to take a chance.”

Leonard took chances and he will be hoping that THE RING’s latest pound-for-pound No. 1 continues to do so.