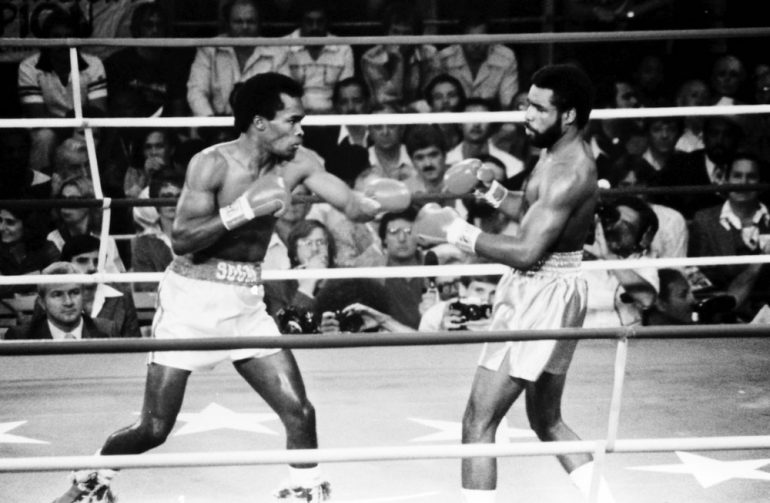 “The term pound-for-pound wasn’t really used in the 80s. The term we used was ‘greatest of all time’.” – Sugar Ray Leonard

On November 30, I was on the phone to my older brother when an email came through from former five-weight world champion Sugar Ray Leonard. That might sound glamourous – and it is – but it doesn’t happen every day. Whatever plans I had in place were officially cancelled and arguably the greatest living fighter was now top priority.

I had contacted Leonard’s assistant weeks earlier to request the former champion’s input for our next cover story. The mythical pound-for-pound rankings and unified middleweight champion Gennady Golovkin would be the focus of the conversation, but unfortunately that magazine had already gone to press.

Thankfully, Leonard did agree to speak to RingTV.com about the origins of pound-for-pound, his own career and Golovkin (our next cover star). To give you undiluted “Sugar Ray”, I have split the feature in two and it will be the second part which will revolve around GGG and his pound-for-pound ascent. 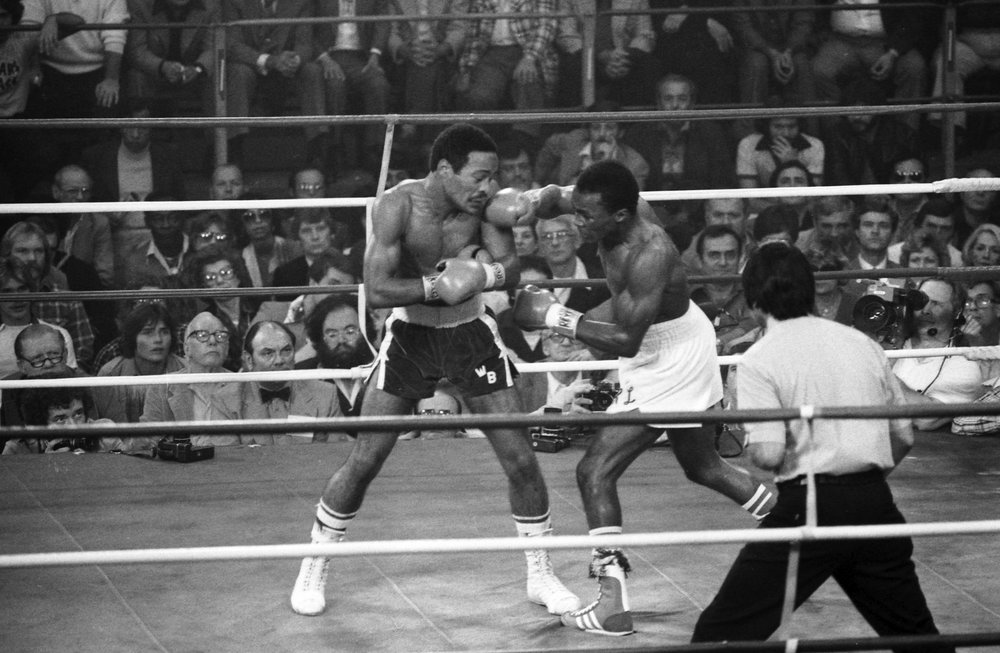 First up, however, on the 38th anniversary of his WBC welterweight title triumph over Wilfred Benitez, Leonard ruminated on his pound-for-pound predecessor, Sugar Ray Robinson, as well as his own Hall of Fame career.

“Beauty, power, greatness, perfection – Sugar Ray Robinson was the best,” said Leonard, who was granted permission by Robinson himself to use the most famous moniker in boxing history. “It goes with saying that Sugar Ray Robinson was regarded as the greatest fighter in the world pound-for-pound and rightfully so. If you watch his fights, you can see it.

“With (Muhammad) Ali; he was pretty, he danced, he moved, he was super-fast. Sugar Ray Robinson was just beautiful. I loved (laughs) the way he dressed, his hair, the Cadillac. Sugar Ray Robinson, to my knowledge, was the first fighter to really know the value of himself. He knew what he deserved in terms of money from the gate and money from TV because he was the one selling out arenas. He was so ahead of his time and he paved the road for me.”

And Leonard hit the ground running. After winning light welterweight gold at the Montreal Olympics in 1976, the new “Sugar Man” blitzed his way through the professional ranks and earned himself a world title shot. Between November 1979 and September 1981, Leonard stopped future Hall of Famers in Benitez, Roberto Duran and Thomas Hearns. Benitez and Hearns were unbeaten world champions and the legendary Duran, who outpointed Leonard in a war in June 1980, hadn’t lost in eight years. 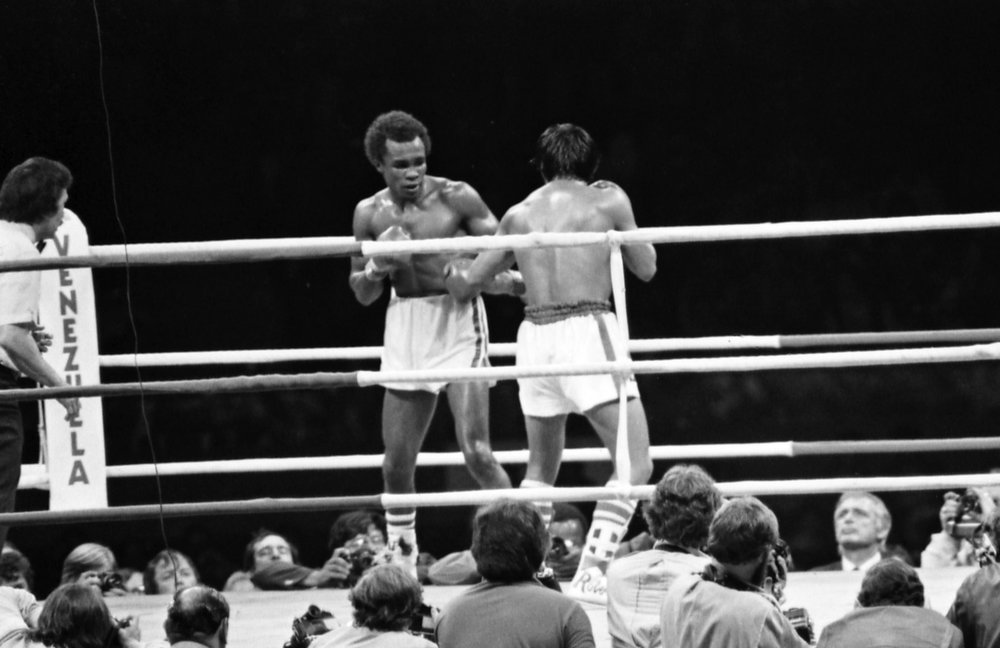 Leonard (left) in his first fight with Roberto Duran. Photo: THE RING Archive

In just 22 months, Leonard had won a world title, avenged his first professional loss to regain it and unified the entire welterweight division when he overcame Hearns. Oh, and in the middle of all that, he knocked out the previously undefeated Ayub Kalule to annex the WBA junior middleweight title in June 1981. They don’t make them like that anymore.

“There were so many great fighters,” said Leonard. “I try to tell boxing fans today, but they don’t really get it. It must be like boxing fans from the 50s and the 60s trying to explain to us what it was like back then. You can never express just how great the fighters were in my era. I guess, that’s the beauty of it.

“I never even thought about legacy until it became a question. Reporters would say, ‘Ray, this is for your legacy’ and ‘This is what you’ll be remembered for’. If you beat Duran, you’ll be this. If you beat (Marvelous Marvin) Hagler, you’ll be that. If you fight this way, you’ll be admired. Okay, you got knocked down, but you got back up. Those comments made me stronger and made me understand what I was fighting for.”

At 61 years old, you still hear the passion in Leonard’s voice when he discusses boxing. Yes, he won multiple world titles. Yes, he was a great fighter. Yes, he’s a hall of famer. But Leonard, just like you and me, is a huge fight fan. He understands the essence of the sport as much as anyone because he risked life and limb against some of the greatest fighters in boxing history. 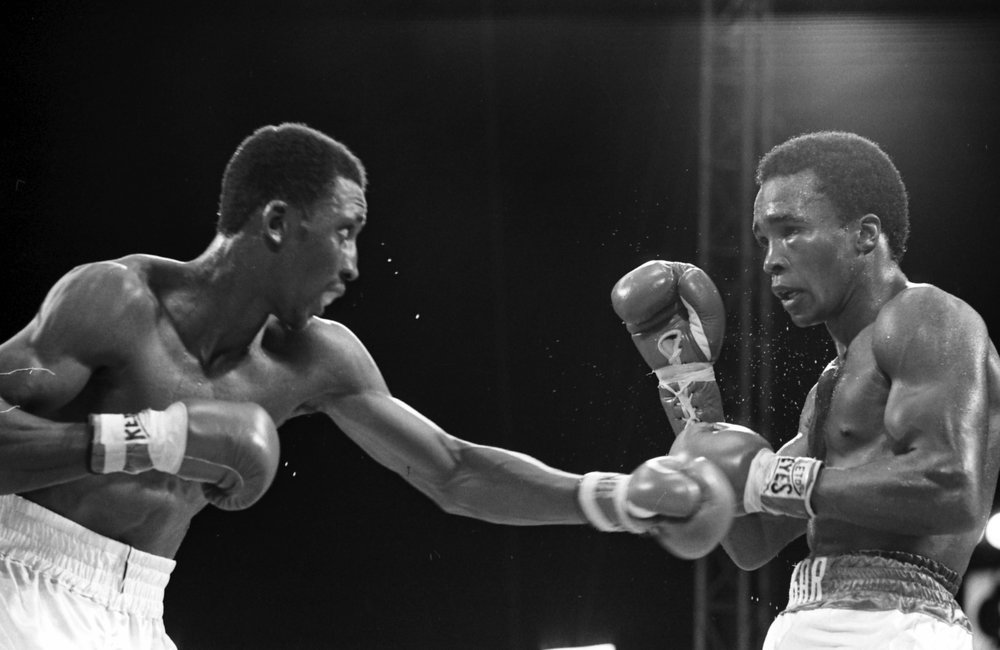 “I often think about when I fought Hagler, Hearns, Duran and Benitez,” revealed Leonard. “I’m sitting in my gym right now – my sanctuary – and I recall reaching down so deep to beat those guys. It’s like what Ali said about it ‘being the closest thing to death’. I understand that now because I did it.

Like Ali, Leonard’s prime was cut short due to circumstances out with his control. A detached retina, diagnosed in 1982, led to premature retirement and there was a massive period of inactivity where he fought just once in five years. It’s amazing to think that Leonard could have achieved more than he did and it’s also conceivable that we never seen the very best of him.

However, just like Ali pulled a miracle by dethroning heavyweight champion George Foreman in 1974, Leonard was also obsessed with achieving the impossible. His 12-round split decision win over Hagler in April 1987 earned him THE RING and WBC middleweight titles and an almost mystical quality reserved for only the greatest of prizefighters.