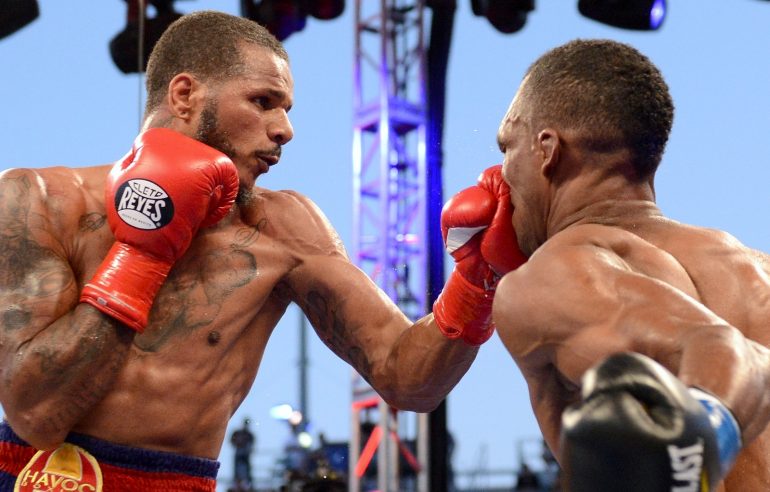 Anthony Dirrell doesn’t like to be reminded. Who would?

It happened a few years ago, although in Dirrell’s mind, it’s as if it occurred minutes ago.

Still, it hangs there — his one loss. The one time he had a bad night, in April 2015, when his feet and his hands weren’t working and Badou Jack’s fists kept reminding “The Dog” that he was broke.

Dirrell’s battles outside the ring are well-documented. He beat non-Hodgkin’s lymphoma. Five years later, he recovered from a near-fatal motorcycle crash that broke an arm and a leg. Now he wards against the memory of when he wasn’t his true self in the ring, the time he lost the WBC super middleweight belt to Jack.

“People keep on bringing up Badou Jack, Badou Jack, and that’s way, way in my rearview mirror,” Dirrell, 33, told RingTV.com. “I hate it. I’m done talking about that. It was a loss. Some people, I know, gain from losses. I didn’t gain anything that night. I worked my ass off for that fight like I do every fight. I was a flat fighter. I wasn’t there. Everybody who watched that fight saw it. That wasn’t me.

“I want to make sure what happened to me against Jack never happens to me again. I mean you can eat the right things, and do the right things leading up to a fight, and then that happens. I admit I don’t like hearing about it, but I did gain one thing from it: I learned everyone has a bad day, even fighters.

“Guys that work 9-to-5 jobs, they have bad days, too. They’re just not taking punches in the face when they have their bad days. LeBron James even has bad days. It’s part of life. Your body can only take so much and I’ve been in this game a long time.

Dirrell, THE RING’s No. 7 super middleweight stressed he never backed out of a scheduled September title fight with David Benavidez, who won the vacant WBC super middleweight belt against Ronald Gavril. Dirrell said a back injury prevented that fight from happening.

His concentration is now on Douglin (20-5, 13 KOs), a career opponent who hasn’t fought in over 15 months. The southpaw from Marlboro, New Jersey, did go nine rounds with Benavidez before being stopped in the 10th in August 2016.

“I know the guy is a lefty, I know he’s shorter than me, and I know that I’m supposed to beat him,” said Dirrell, who will enjoy a five-inch height advantage. “I’m not going in thinking it will be easy. Nothing is easy in this sport. You respect everyone you face. My plan is just to box smarter than I have in the past. I do what I’m supposed to do and then I’ll take a look at 2018.

“For now, my focus is on winning this fight.”

So he won’t have to field questions about losing again.