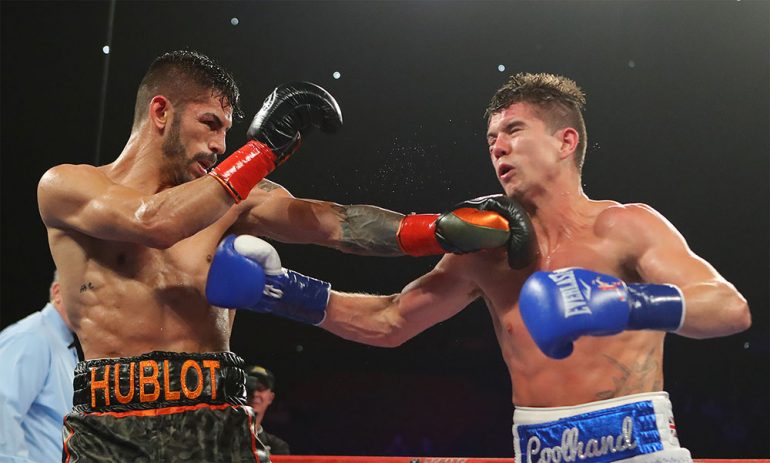 Twice, Mikey Garcia has been offered high-profile bout with Golden Boy fighters, but neither came to fruition.

After a proposed bout against Miguel Cotto fell by the wayside, now it’s a lightweight summit meeting with Jorge Linares that won’t take place — at least not next.

“It’s disappointing,” Gomez told RingTV.com on Friday. “I think it’s a terrific fight. They’re both the top lightweights. It’s a fight ordered by the WBC. We said let’s do it, Linares said ‘let’s get me that fight.’ It’s always disappointing when you can’t get these fights done.I have hope that sometime in the future we can get it done.”

So Golden Boy and Linares (43-3, 37 knockouts) will turn their attention to a rematch with Luke Campbell, whom THE RING champion narrowly outpointed in September.

Gomez said Eddie Hearn, who promotes the Olympic gold medalist, made a “significant offer” for Linares to travel to the U.K. for a return encounter. HBO is also willing to give Linares his own date, and if Linares fights Campbell (17-2, 14 KOs) again, it’s “very possible HBO will pick it up,” per Gomez.

“We’re going to meet with Linares at the end of the month,” Gomez said. “Linares has developed a really good following in the U.K. … There’s a tremendous amount of interest in the U.K. and Luke Campbell is well known.”

While Gomez has turned his attention to finalizing Linares-Campbell, it doesn’t mean he’s forgotten about Mikey.

“He’s a very good fighter and obviously there’s so many different fights you can do with him,” he said. “He can move up to 147, he can fight at 140. As long as he’s a free agent, I’m going to pursue him and see if there’s any big fights we can make with him.”