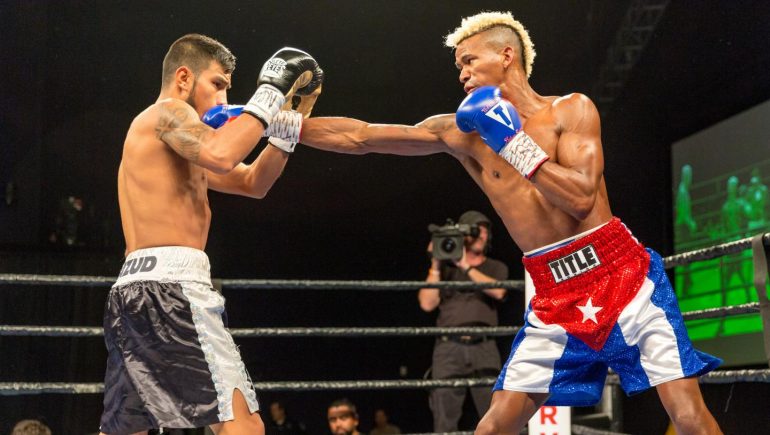 Featherweight prospects Leduan Barthelemy and Eduardo Ramirez fought to a 10-round split-decision draw Tuesday night at the Cannery Casino and Hotel in Las Vegas.

From Round 4 on, Ramirez (20-0-3, 7 KOs), who hails from Los Mochis, Mexico, was on the attack, walking Barthelemy down and backing him up against the ropes. Ramirez, also a left-hander, continually closed the distance and ripped punches to head and body.

Both fighters had their moments during the final two rounds of the fight, but it was Ramirez who landed the more telling blows. Barthelemy looked exhausted but still flailed combinations in spurts, connecting with an occasional punch.

“It was a very tough, physical fight for both of us,” said Barthelemy. “I didn’t feel 100 percent but I was able to work through it and I never felt hurt during the fight. He landed on me, but I was able to keep my composure.”

“I wanted to pressure him all the way through and take away his reach advantage,” said Ramirez, who had won his previous 11 bouts. “I felt good the whole fight and he never hurt me at any point. I believed in my skills and I performed well.”

The shorter Vue (12-1-2, 4 KOs) came to fight, but could not match the punch output and accuracy of Salinas, who is trained by Jack Loew. Salinas connected repeatedly with hooks and crosses to the head of Vue.