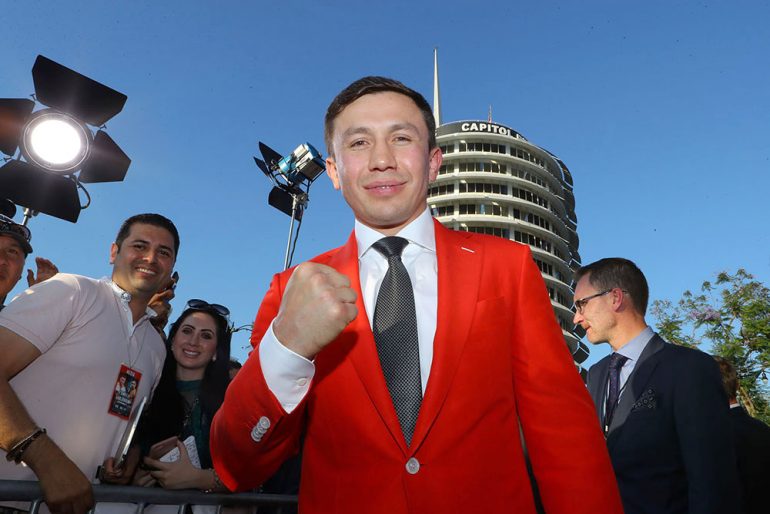 The retirement of Andre Ward last week meant the RING would have a new pound-for-pound king. And it wasn’t difficult to choose his successor.

Gennady Golovkin, No. 2 on the list since Ward knocked out then-No. 2 Sergey Kovalev in June and one of the brightest stars in the sport for many years, has inherited the mantle of best fighter in the world regardless of weight.

Ironically, Golovkin proved his greatness — and removed any doubt that he is worthy of the No. 1 spot — in the only fight of his career he didn’t win, a draw with Canelo Alvarez on Sept. 16 in Las Vegas. The superfight was close but consensus was that Golovkin deserved the decision, which would’ve given him the defining victory he has coveted for so long.

Recognition as the best active fighter, one presumes, will ease his disappointment to some degree.

Golovkin is the third fighter to occupy the No. 1 position in the past six months. Roman Gonzalez was knocked from the perch when he lost a disputed decision to Wisaksil Wangek (aka Srisaket Sor Rungvisai) in March, at which time Ward became No. 1. Ward announced his retirement on Thursday, which opened the door for GGG.

Ward’s departure also opened a spot for someone else on the pound-for-pound list.

The debate that ensued when Gonzalez dropped out entirely after he was stopped by Wangek a few weeks ago, which allowed Errol Spence Jr. to enter at No. 10, resumed when Ward made his announcement. The same candidates emerged: Wangek, Keith Thurman, Juan Francisco Estrada, Donnie Nietes, Oleksandr Usyk, Jorge Linares, Leo Santa Cruz, Anthony Joshua and Jermall Charlo.

As we stated earlier, Wangek defeated then-No. 1 pound-for-pound Gonzalez by a controversial majority decision in March but scored a chilling fourth-round knockout of the future Hall of Famer on September 9. No one else outside the Top 10 can make such a claim.

The knock on Wangek is that it is generally acknowledged that Gonzalez had moved up one division too many, which made him ripe for such an upset.

Thurman has victories over elite opponents Shawn Porter and Danny Garcia, which reflects well on him, but he barely won those fights and hasn’t looked particularly dynamic.

In the end, we decided it was Wangek’s turn to enter the Top 10 – at No. 10 – based on the magnitude of what he did in consecutive fights, which was to beat the recognized best fighter in the world and then do it again in the most emphatic way possible.

Thurman, as well as some of the others, are on the cusp. They’ll have more opportunities to make their cases.

Yunier Dorticos (No. 10 last week) moves up to No. 6 after stopping Dmitry Kudryashov (No. 9 last week) on Saturday in San Antonio. Kudryashov drops out, which makes room for unbeaten Andrew Tabiti to move in at No. 10.

Ward was the RING champion. Now the title is vacant.

Gilberto Ramirez (No. 2 last week) defeated Jesse Hart (No. 10 last week) but a close decision Friday in Tucson, Arizona. As a result, both fighters stay put. We considered removing Hart but decided against it because he gave a strong performance after a shaky start.

Sources tell us that Avtandil Khurtsidze (No. 5 last week) isn’t likely to fight any time soon because he is awaiting trial on racketeering charges. Thus, he drops out of the ratings. Unbeaten Luis Arias comes in at No. 10.

THE RING typically doesn’t have a fighter enter the ratings after a loss but we went that direction with Luke Campbell, who lost a split decision to Jorge Linares (No. 1 last week) but fought on even terms with the talented Venezuelan.

Campbell enters at No. 10, which pushes out Dejan Zlaticanin (No. 10 last week), who is coming off a brutal knockout loss to Mikey Garcia.

Nonito Donaire (No. 4 last week) is out because he has moved up in weight. Cesar Juarez replaces him at No. 10.

Luis Nery stopped then-champion Shinsuke Yamanaka on Aug. 15 but it was later announced that he had failed a pre-fight test for the performance-enhancing drug Zilpaterol.

RingTV.com learned today that his “B” sample also came back positive. As a result, Nery is removed from the ratings – as per the RING drug policy – and Yamanaka (No. 5 last week) is reinstated as RING 118-pound champion.

Nery is replaced by unbeaten Nordine Oubaali, who comes in at No. 10.