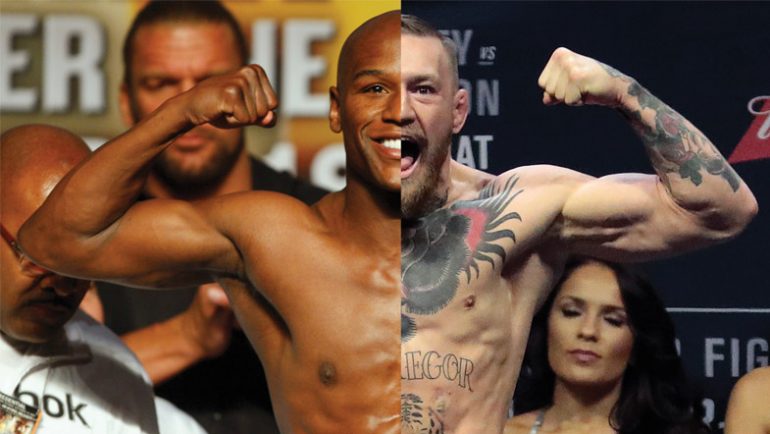 It seems that only yesterday it was made official and now we drift ominously into “fight” week.

Floyd Mayweather Jr. vs. Conor McGregor. Former five-weight world champion vs. pugilistic probationer. The nine-figure fighter vs. the MMA guy who was desperate to become an eight-figure fighter. On Saturday night in Las Vegas, after the ultimate fistic pantomime, the pair will remove eight-ounce gloves and laugh their asses off — all the way to the bank.

I’ve watched Mayweather since the 1990s. I was aware of him as an amateur and kept a close watch on his rise through the professional ranks. He was dazzling at 130 and 135 pounds and you just knew he was something very special. There were times when his fights weren’t aired live in the U.K. but I would always order bootleg copies on video. I never missed one.

As the years passed and the victories and world titles mounted my appreciation for Mayweather’s talent only grew. I saw him live twice, against Sugar Shane Mosley and Miguel Cotto, and watched at closed-circuit locations in Las Vegas when he faced Oscar De La Hoya and Manny Pacquiao. I’ve been privileged enough to see some of the finest fighters of the past 20 years and the self-proclaimed TBE is the best I’ve seen live – period.

There are those who maintain that critics of this event are actually desperate to see it. They suggest that curiosity will get the better of me and I’ll scramble for my remote control and order it this weekend. Are you shitting me? The more I read nonsense like that, the more annoyed I get. Mayweather and McGregor will ring walk at approximately 4:30 a.m. on Sunday (U.K. time) and the pay-per-view would cost me 20 pounds (approximately $25). If they switched it to 9:30 p.m. on the Saturday night and made it free, I would still avoid it like the plague.

The way I look at Mayweather-McGregor is that nothing good can come of it. Mayweather is likely to swat the Irishman around effortlessly and he won’t absorb a meaningful punch. The crowd will become restless as the realization that they’ve squandered their cash on a turkey shoot hits home like a Mayweather right lead. The atmosphere will turn from anticipation to frustration and it’ll be too late to do anything about it. The sell-out crowd and millions of viewers will have fallen into the proverbial money trap.

I get asked the “what if?” question frequently. After explaining that it’s all but impossible, my flippancy toward the event doesn’t change. If McGregor defeats Mayweather in a boxing ring, it’s a National Lampoons movie. All that’s missing is Chevy Chase as referee and that catchy 1980s theme tune. Can you imagine being asked if McGregor would have beaten peak versions of Sugar Ray Robinson or Leonard? Me neither. But if McGregor gets his hand raised in Las Vegas that’s the type of bullshit questions you can expect.

No, I won’t be watching it. What I will do is offer my predictions on what will happen at the weigh-in, in the fight itself and at the post-fight press conference: 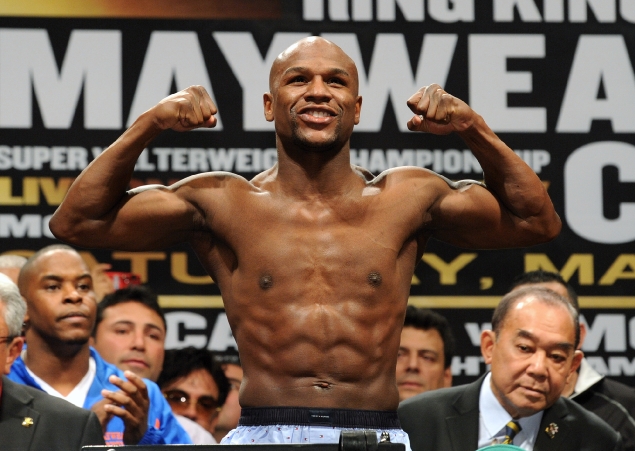 McGregor comes in at 154 pounds on the nose and looks to be in fantastic shape. The traveling Irish drown out Mayweather’s anemic support and the Showtime crew adopt the generic reaction: “You would think this was Dublin, not Las Vegas!” Mayweather comes in at 151 pounds and also looks spectacular. The weigh-in pageantry is global news, so expect plenty of prearranged shoving, face-pushing, flag-throwing and bad language. Every pay-per-view sale counts and this nonsense is to be expected with all the main players obsessed with breaking financial records. McGregor hangs around long after Mayweather departs and leads the crowd in a “F–k Floyd Mayweather” chant. 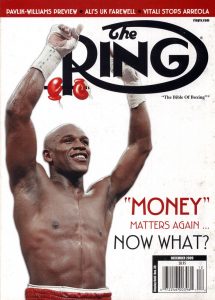 Mayweather is the perfect risk assessor. Give him Andre Berto or Victor Ortiz and he’ll open up a little. Give him Canelo Alvarez or Manny Pacquiao and he’ll box with more caution. Why? Because Mayweather knows that Canelo and Pacquiao present serious danger. When there’s a significant threat Mayweather will still score effectively with singles and doubles, but his primary focus is to avoid return fire. That’s his genius. The risk with McGregor is humiliation. Don’t expect Floyd to come out swinging just because McGregor can’t box a lick. In fact, he might be more cautious than ever. I foresee Mayweather using an exaggerated high-guard to catch McGregor’s crude swings like a father playing with a child. Every now and again Floyd will pop the jab and/or cross the right. The left hook lead won’t be a factor as Mayweather rarely uses that shot against a southpaw, although he will probably use the hook to counter McGregor’s right jab. This will be Boxing 101 and the Irishman should essentially be paying for lessons. And don’t bother telling me how tough McGregor is because all that will change when he’s being nailed with shots he doesn’t see. This pay-per-view heist ends shortly after the mid-way point with McGregor beaten up and exhausted. A points win wouldn’t completely surprise me, though. 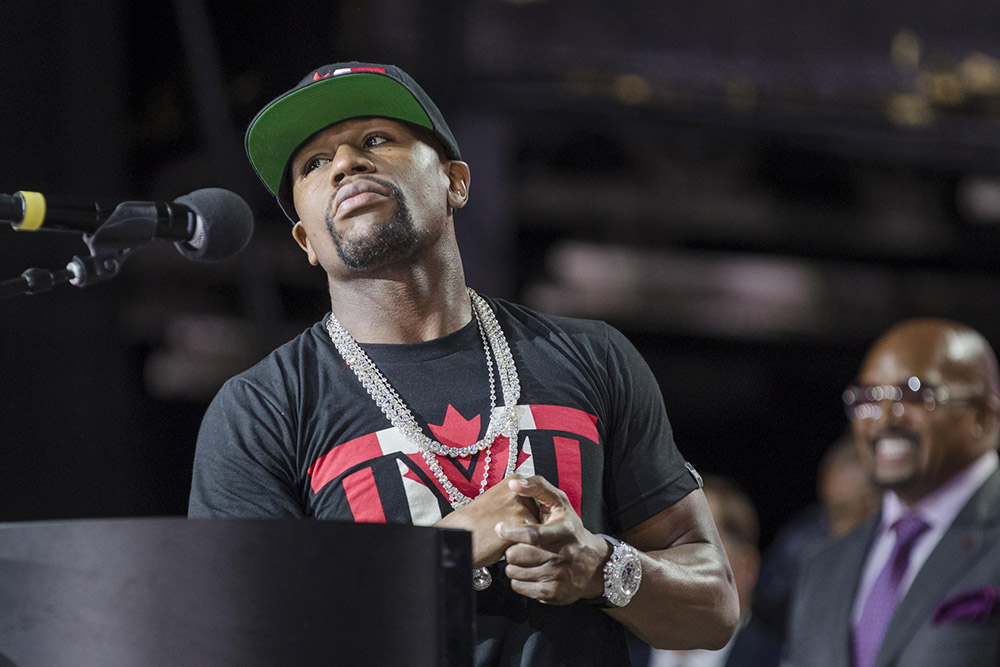 Maybe the only thing easier to predict than the fight is the aftermath. An unmarked Mayweather will tell you how tough a competitor McGregor was. He’ll thank God that he’s not in the UFC. He’ll laugh out loud and say “Hell no!” when asked if he’d take on McGregor inside the octagon. Or he’ll lie and say that he would. He’ll wax lyrical about McGregor’s fans and say that without them he wouldn’t have made another nine-figure pay day. He’ll tell you that he had a great training camp and that his team helped him turn the clock back. And what about McGregor? He’ll boast about success that he didn’t actually have. He’ll tell you that with a year or so to prepare, things would have been a whole lot different. He’ll talk about fighting Paulie Malignaggi in a winner-take-all affair. Or he’ll confirm his return to the UFC – which is precisely where he belongs.

Roll on Superfly and Canelo vs. Golovkin.