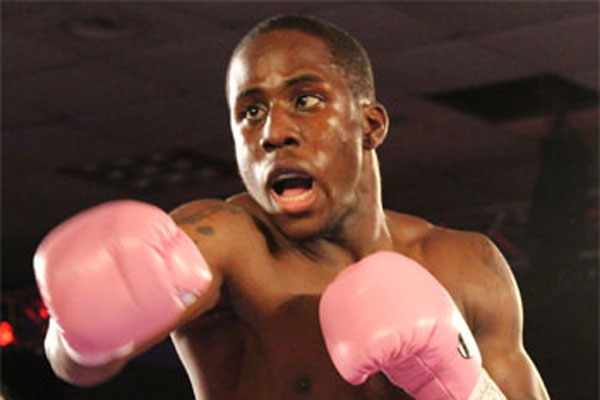 Tevin Farmer, the RING’s No. 8-rated junior lightweight, suffered a gunshot wound to his right hand during an altercation Saturday night in Philadelphia, the fighter’s promoter, Lou DiBella, told RingTV.com.

Farmer’s brother also was shot and originally their mother thought he lost an eye, but it actually was grazed by the bullet and closed the eye shut ,according to DiBella. Both men were transported to a local hospital, where Farmer’s hand was stitched up. The bullet passed through without breaking any bones or severing any tendons, DiBella said.

Farmer won’t be able to participate in any boxing activity for at least two months. He is set to be evaluated by a hand specialist on Thursday after the swelling subsides.

“I wanna thank everyone for the love and support,” Farmer wrote on his Instagram account. “It really means a lot to me. I’m OK. Will be back soon. (By the way), it’s my birthday.”

The 130-pound contender was preparing to depart for New York to attend the Mikey Garcia-Adrien Broner bout when an altercation broke out at his niece’s birthday party. The father of Farmer’s niece left the gathering following the domestic dispute, and when he returned, he was accompanied by friends. Farmer (25-4-1, 5 knockouts), who DiBella said was unarmed, was shot during a struggle to disarm one of the men, according to DiBella.

The 27-year-old Farmer was transported to a local police precinct after his hospital visit and was cleared of any wrongdoing, DiBella said.

DiBella said the suspect, whose identity is unknown at this time, was charged with two counts of attempted murder.

Farmer’s career started off shaky, but he hasn’t lost since October 2012.

More to come as this story develops.