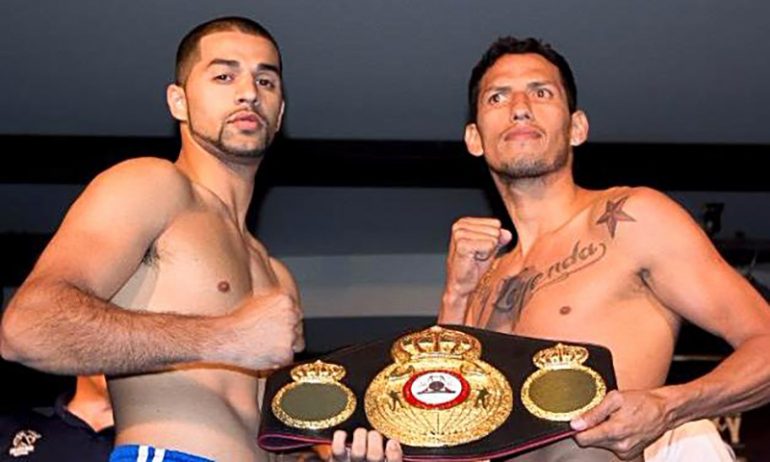 TUCSON, Ariz. – Sadam Ali got a little bit more than he wanted Friday in what has long been the posed, nose-to-nose ritual. There was just way too much of Johan Perez’ nose.

Perez stuck his nose into Ali’s face like it was a jab after the welterweights stepped off the scale following the formal weigh-in for their ESPN2-televised bout Saturday at Casino Del Sol.

If he had been an Eskimo, maybe. But from Perez (22-3-2, 15 KOs), a Venezuelan, it was hardly a gesture of affection. More like an aggressive attempt to intimidate Ali, who is seeking a third straight victory after Jessie Vargas stopped him in the ninth round of his only world title bout in April, 2015.

However, Perez, who weighed in at 146.6, learned all the tricks over a well-traveled career that includes a unanimous decision in 2013 over the previously undefeated Yoshihiro Kamegai. Perez also scored decisions over then faded former titleholders Paul Spadafora and Stevie Forbes.

In another welterweight bout the Golden Boy and Showdown Promotions card, Eddie Gomez (20-2, 11 KOs), of Brooklyn, was at 147 pounds. His opponent for the scheduled eight-round bout, Alejandro Barrera (28-3, 17 KOs), of Nuevo Leon, Mexico, was a fraction of a pound too heavy in first few trips to the scale. He finally made the 147 limit in his fourth try.