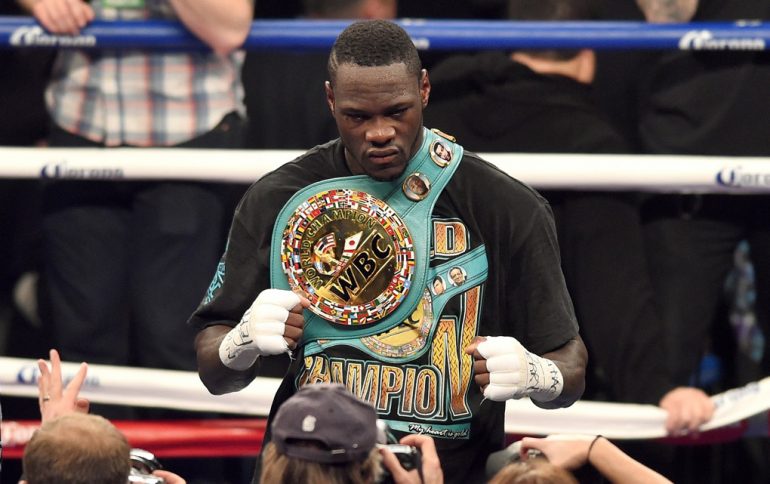 The sides came to a resolution, with Stiverne receiving step-aside money to allow Wilder to go ahead with the Ortiz bout; the agreement calls for Stiverne to fight on the televised undercard against a legit opponent, and should he win, he’ll face the WBC champion next, likely in early 2018.

Stiverne was named the WBC’s No. 1 contender in January after his interim title fight against Alexander Povetkin was scrapped when the Russian tested positive for performance-enhancing drugs.

Povetkin, of course, also failed a PED test in the summer of 2016, which canceled a planned fight against Wilder, in what would have been the American’s first big step-up in class.

No television network is interested in a Wilder-Stiverne rematch, though. After all, Wilder dominated Stiverne in their January 2015 meeting, and there’s no real need for a second bout.

In an attempt to persuade Stiverne to allow Wilder-Ortiz to take place, the Haiti native was offered a mid six-figure payday as a step-aside fee, according to sources.

However, he refused the offer, instead opting to fight Wilder in the rematch immediately. Stiverne hired attorney Josh Dubin, the longtime lawyer for Andre Ward and Lennox Lewis, to ensure that happens.

Wilder (38-0, 37 knockouts) has made five defenses of the heavyweight strap he won from Stiverne. Most recently, he stopped Gerald Washington in five rounds in February.

Ortiz (27-0, 23 KOs) has been calling for — and deserving of — a title shot since he blasted out Bryant Jennings in December 2015. But the 38-year-old — a Cuban puncher who can box and move, who brings tremendous risk and delivers little reward — has been eluded by the top fighters.

Wilder is willing to step up to the plate. Now, the fight is very close to being delivered.