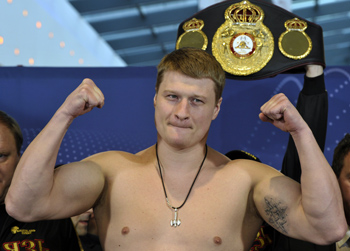 13
May
by Mitch Abramson 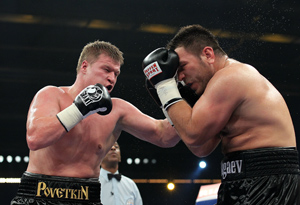 Alexander Povetkin has tested positive for the banned endurance-enhancer meldonium, placing his heavyweight title fight with Deontay Wilder on May 21 in Moscow in doubt.

Wilder, who holds the WBC title, is currently training in Sheffield, England, and planned to travel to Moscow to get acclimated on Sunday. Now, his representatives are scrambling to see whether he can fight someone else on the date or if he would actually go through with the fight with Povetkin. The idea of facing an opponent who has already tested positive for a banned substance isn’t exactly appealing to them. Meanwhile, the WBC is also investigating to see if the fight with Povetkin will still be sanctioned. Povetkin’s “A” sample came back positive from a sample collected on April 27. An athlete is considered to have failed a drug test when both his “A” and “B” samples return positive.

Promoter Lou DiBella, who works with Wilder, later released a statement on Friday expressing his displeasure in the news. “We’re certainly saddened and disappointed but not shocked,” he said. “Half of our staff is scattered all over Europe and we’re discussing our options right now. We’ll have a further statement later.”

Russian promoter Andrey Ryabinsky of World of Boxing, who handles Povetkin, issued a response on his Twitter feed on Friday, writing, “Alexander Povetkin used to take meldonium in September last year, when the drug was permitted. Povetkin has not been taking this drug since January, but theoretically meldonium could remain in the blood.”

The World Anti-Doping Agency (WADA) only put meldonium on its list of banned substances in January. Meldonium is a drug that can be used to increase blood flow and was in the headlines in March after tennis star Maria Sharapova admitted she tested positive at the Australian Open for meldonium.
Wilder (36-0, 35 KOs) and Povetkin (30-1, 22 KOs) agreed to undergo random drug testing conducted by the Las Vegas-based Voluntary Anti-Doping Association (VADA) for this fight. Wilder held a conference call on Wednesday in which DiBella said the testing started nearly two months ago and that he was disappointed the testing didn’t start earlier. The news of Povetkin’s failed drug test was first reported by ESPN.com.

Ryabinsky won the purse bid in February with an offer of $7.15 million, allowing him to gain control of the promotional aspects of the fight. The May 21 bout would have been Wilder’s fourth defense of his WBC title. Showtime had been in negotiations to broadcast the fight but had yet to finalize a deal. Representatives of Showtime declined to comment on Friday.