Povetkin tests positive for Ostarine, bout with Stiverne off 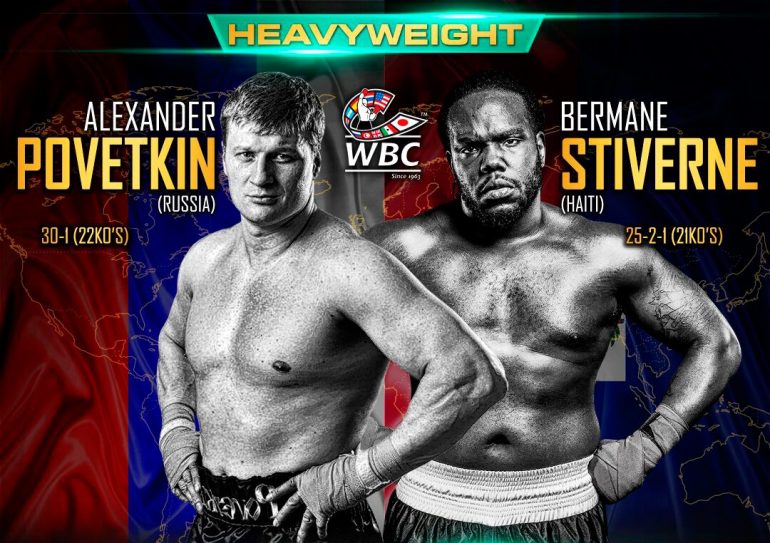 Alexander Povetkin set his sights on becoming a two-time heavyweight titleholder with a win over Bermane Stiverne on Saturday and victory over Deontay Wilder in 2017.

Instead, he’s a two-time drug offender after he tested positive for the banned substance and stamina enhancer Ostarine on Dec. 6, according to the WBC, which will no longer sanction Povetkin’s bout for an interim heavyweight title. The fight, which was set to take place at the Ekaterinburg Expo Center in Ekaterinburg, Russia, where Povetkin is from, has been canceled with Stiverne saying he will no longer participate.

It’s the second time that Povetkin has tested positive for a banned substance after he was also found to have meldonium in his system in April before a May bout against WBC champion Wilder, that was also canceled by the WBC just nine days before it was to take place. Instead of punishing Povetkin, citing low levels of meldonium in his system, he was allowed to face Stiverne for an interim title by the WBC.

“The WBC hereby withdraws its sanctioning of the bout for the heavyweight interim world championship and will conduct a thorough investigation of the circumstances of the case,” the WBC said in a ruling on Saturday, “and will issue subsequent rulings as required.”

In a bizarre development, Johann Duhaupas replaced Stiverne and faced Povetkin on Saturday in the main event in Russia. There’s no word on why Povetkin was allowed to fight despite the failed test but he viciously knocked him out in the sixth round. Povetkin’s promoter Andrey Ryabinsky of World of Boxing said on social media he was puzzled by the detection of Ostarine in his system. “Yes, Sasha has tested positive for Ostarine,” he wrote. “It’s not clear where it came from. We try to figure things out”.

“There’s no reason to fight if the WBC won’t sanction the bout,” Stiverne said in a prepared statement. “I’m very disappointed in the actions of Povetkin. I’ve been training for months to be victorious. To wake up the day of the fight, have breakfast, take a nap and wake up to find out he tested positive is the worst possible situation.”