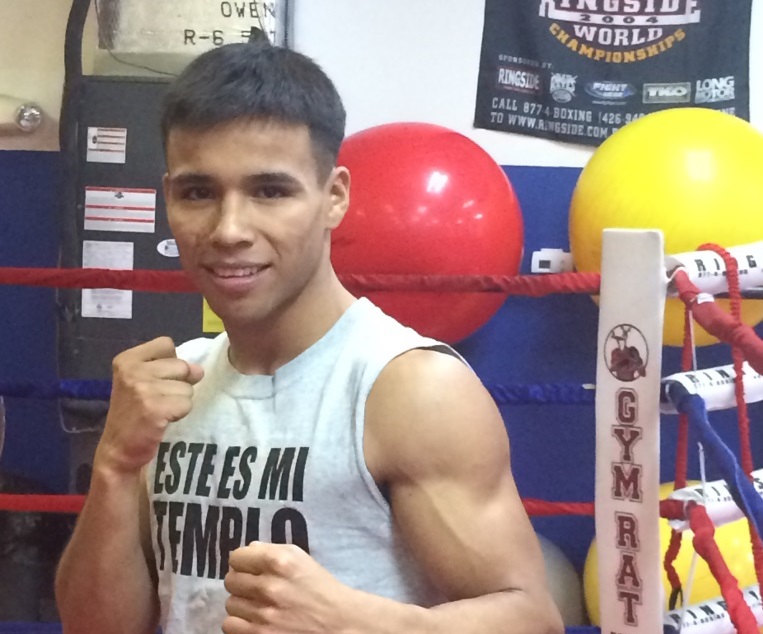 ONTARIO, Calif. – With the featherweight division being as deep as it is, unbeaten Rafael Rivera is ready to face the elite fighters in the division.

He hopes his knockout victory over the normally durable Ruben Tamayo Friday night sends a message.

The 23-year-old Rivera, who resides in Tijuana, Mexico, has built an unbeaten record fighting modest opposition thus far. His most notable bout as a pro came in December 2015, when he won a 10-round split decision over Wilfredo Vazquez Jr.

Despite the southpaw Tamayo, who resides in Ciudad Obregon, Mexico, having a significant reach and height advantage, Rivera was able to get on the inside, throwing and landing combinations to the head and body.

Rivera found a home for repeated right hands to Tamayo’s head in Round 2. A series followed by a left hook to the body dropped Tamayo to one knee, where he remained as referee Dr. Lou Moret counted him out at 2:58.

“I landed flush (with) a strong combination,” said Rivera after the fight. “I caught him with a right upstairs and then followed up with a left hook to the body that took all the energy out of him.

“I was prepared to go the distance against Tamayo. He’s a tough boxer that is known to take a punch.”

In an upset, Mohamed Rodriguez stopped junior welterweight prospect Manuel Mendez in the fourth round.

Since losing his pro debut in 2010, Mendez had made a name for himself in recent fights. His most impressive victory to date came in a “ShoBox” telecast on November 4, when he knocked out Vitor Jones Freitas in the first round. Freitas is the nephew of former world titleholder Acelino Freitas.

The 20-year-old Rodriguez entered the fight 2-2 in his previous four bouts.

From the opening bell, Rodriguez utilized his height and reach advantage to score with left hooks and right crosses to the head. He dropped Mendez with a sweeping right cross in Round 3, but Mendez was able to bounce back, scoring on the inside.

The rally was short-lived for Mendez going into the fourth round. Rodriguez staggered him with a four-punch combination to the head, eventually dropping Mendez with a right cross. Referee Dr. Lou Moret immediately stopped the bout at 54 seconds.

Junior welterweight Jessie Roman, from nearby Santa Ana, stopped Erick Martinez after the fourth round of a scheduled eight-round bout.

Roman began breaking Martinez down after the opening round, closing the distance and ripping combinations to the head and body. It was not until the third round that Roman launched a body attack, forcing Martinez to fight defensively. Martinez received a great deal of punishment in Round 4, forcing him to remain on his stool at the start of the fifth round.

Francisco A. Salazar has written for RingTV.com since October of 2013 and has covered boxing in Southern California and abroad since 2000. Francisco also covers boxing for the Ventura County (Calif.) Star newspaper, Boxingscene.com, and Knockout Nation. He can be reached by email at [email protected] or on Twitter at FSalazarBoxing.