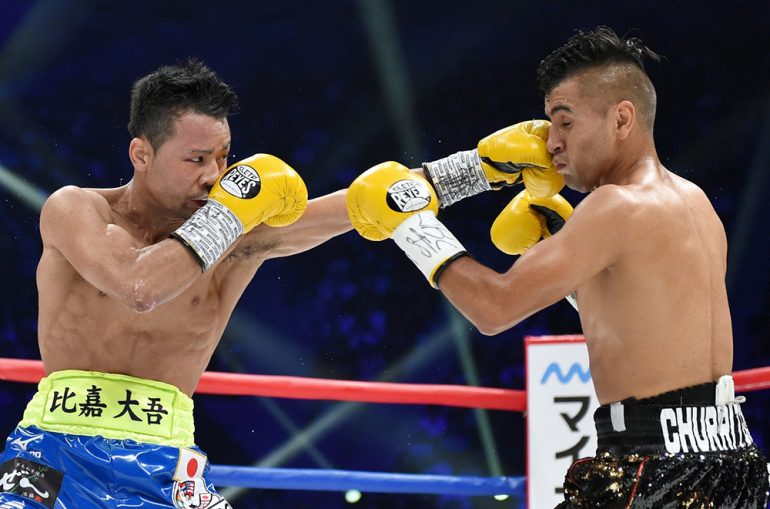 Photo by Naoki Fukuda
20
May
by Ryan Songalia

While they both represented the same country, they won their titles in vastly different manners.

Higa (13-0, 13 knockouts) turned in a star-making performance, tearing apart Juan Hernandez to force a stoppage at 2:58 of the sixth round. Higa, 21, sent Hernandez down once in the second and three more times in the sixth, with the final three knockdowns coming from combinations of body punching and uppercuts against a defensive foe.

The title had been declared vacant a day earlier after Hernandez weighed in a half-pound over the flyweight limit, meaning only Higa was eligible to win the title.

Hernandez, 30, of Mexico City, had won the title only two months prior with a three-round demolition of Nawaphon Kaikanha in Thailand, but was this time on the other end of the wrecking ball. The last time “Churritos” Hernandez (34-3, 25 KOs) had lost was also in Japan, back in 2011 when he lost a decision to Kazuto Ioka for the WBC strawweight title. 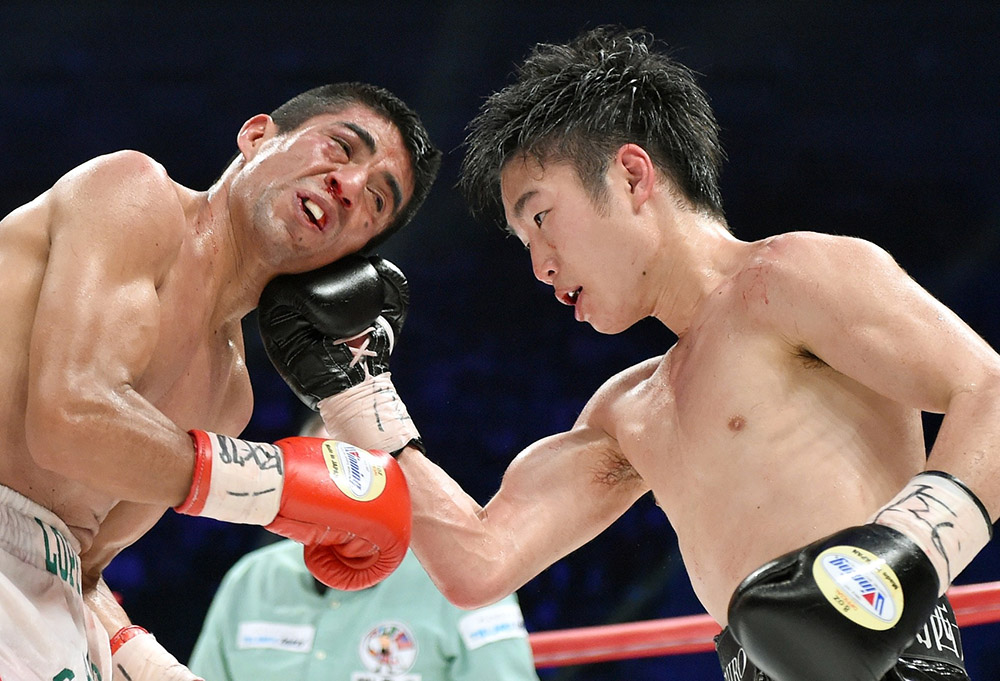 The two fights were the supporting bouts to the middleweight fight between Hassan N’Dam and Ryota Murata.