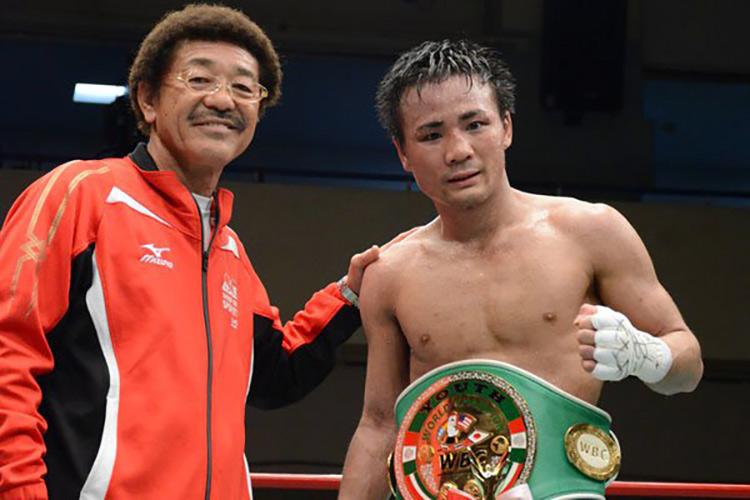 The 21-year-old prospect sports a ledger of 12-0 (12 knockouts) and expects to produce fireworks when he faces fellow big puncher Hernandez.

“I think he will utilize his own power and footwork,” Higa told RingTV.com through Tomoyuki Kataoka. “In addition, I should take care of his powerful punches.

“His strengths are the unique angles of his punches and his sense of rhythm as a boxer. I think they are common among Mexican boxers. I do not have any idea on his weaknesses.”

Hernandez (34-2, 25 KOs) won the title two months ago in Thailand, stopping Nawaphon Por Chokchai in three rounds. The 30-year-old veteran will be heading back to Asia to face Higa who turned pro in June 2014.

Since his debut the heavy-handed Tokyo resident has moved quickly, winning WBC Youth and OPBF titles and feels despite only 42 pro rounds that he is ready for the vastly more experienced Hernandez.

“I would like to express my best thanks to Mr. (Yoko) Gushiken and our staff for their efforts to make this bout,” he said humbly. “For me, it is not quick or early for me to challenge for a world title. I am convinced that this is good timing for my challenge since I have already trained and fought very well.”

Higa has had two training camps to prepare for Hernandez – who hasn’t lost since challenging Kazuto Ioka for the WBA strawweight title in August 2011 – he has concentrated on running, to build his stamina.

A typical day consists of him running in the morning, resting at lunchtime before heading to the gym in the evening.

He has impressed his mentor, former long-reigning WBA junior flyweight kingpin Yoko Gushiken, who won a world title in his ninth bout and is unconcerned that this fight may have come too soon for his prodigy.

“He has a strong mind to go forward every time and further has the courage to overcome his opponent,” explained the 2015 International Boxing Hall of Fame inductee. “He has his own mind, which is one of his best points. I would like him to fight in close range for him to utilize his advantages.”

As the old saying goes “If you’re good enough, you’re old enough” we’ll soon find out if this applies to Higa.