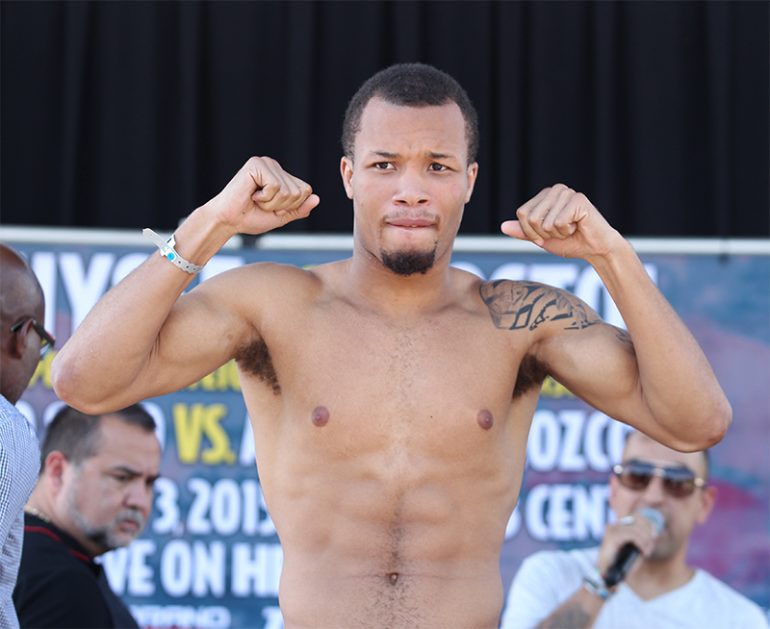 16
May
by Francisco Salazar

The 10-round bout will take place at the Casino Del Sol in Tucson, Arizona, and precede the main event clash between unbeaten junior featherweight contender Diego De La Hoya and Erik Ruiz.

Ballard was originally scheduled to face unbeaten Ulises Sierra of San Diego, however Golden Boy Promotions’ matchmaker Robert Diaz told RingTV.com Monday night that Sierra withdrew from the fight due to an injury during training.

Former prospect-turned-gatekeeper Denis Douglin was penciled in as an substitute opponent for Ballard, but never signed the contract to finalize the bout, according to Diaz.

Ballard (16-0, with 12 knockouts), who hails from Temple Hills, Maryland, has emerged as one of Golden Boy Promotions’ top prospects. The heavy handed 24 year old has demonstrated an improved skill-set to compliment his substantial power.

In his last bout on March 11, Ballard stopped Zoltan Sera in the fourth round in Verona, N.Y. He has stopped his last five opponents.

Luna (20-4-1, with 13 KOs) has won his last two bouts, both by knockout. Luna, who resides in Ciudad Nezahualcoyotl, Mexico, Mexico, faced Ryota Murata in September 2014, losing by unanimous decision over 10 rounds.

Lightweight fringe contender Roberto Manzanarez (34-1, with 28 KOs), who stopped Gamaliel Diaz in his last bout on Feb. 17, will face Erick Martinez (13-6-1, with 7 KOs) in an eight-round bout.